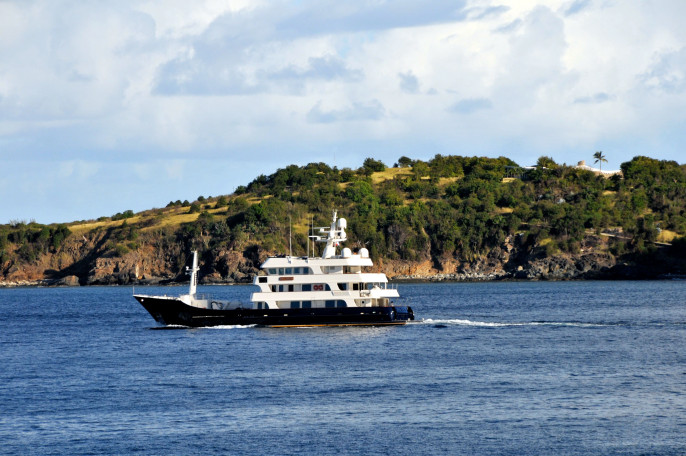 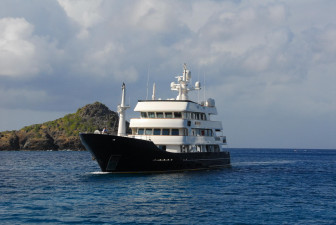 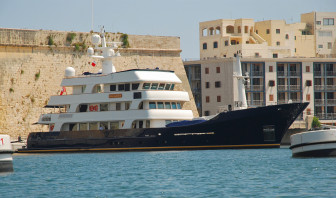 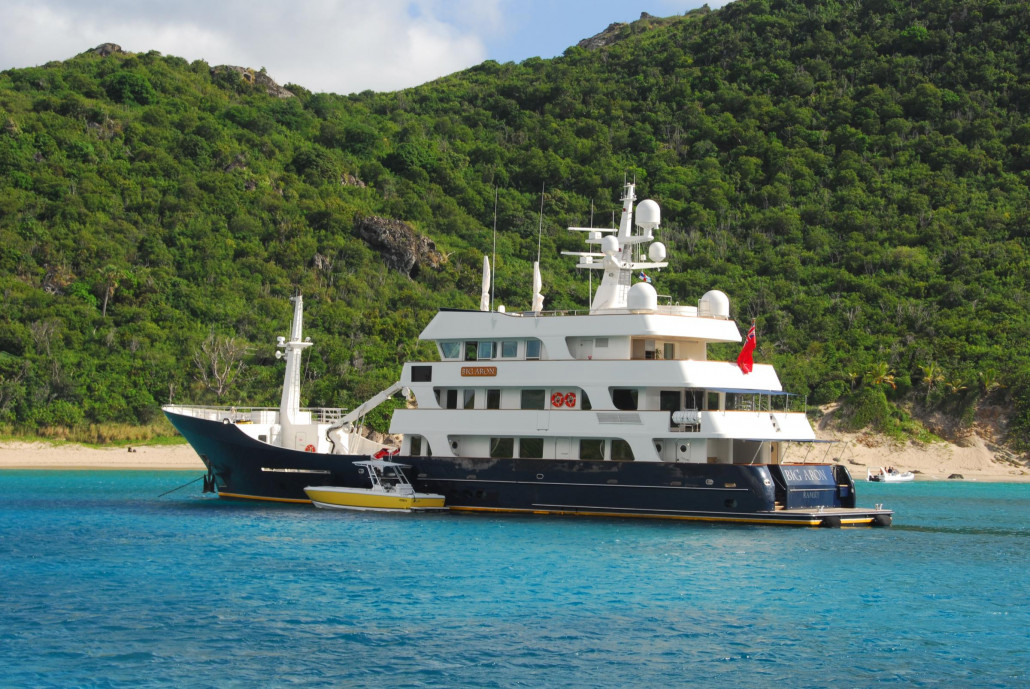 Motor yacht Big Aron, built in 2004 by Danish shipyard Royal Denship, is a burly expedition yacht with all the modern comforts of a luxury superyacht. With a steel hull and aluminium superstructure, she features design by Ole Steen Knudsen. This twin screw yacht measures 46.68 metres and can accommodate up to 10 guests sleeping and 12 cruising.

Motor yacht Big Aron features an exterior that resembles more of a workboat than a luxury pleasure yacht and effectively belies the indulgent interior that lies within. Spread over five decks, her lavish interior shows heavy South American influences; from the Brazilian chef to the Argentinean barbeque on the aft-deck.

The main deck is host to a large salon and formal dining room and the galley is located forward. The entertaining skylounge is situated on the bridge deck while aft on the top deck can be found a 12 cubic metre wading pool rather than a hot tub, a bar and generous space for sunbathing with all-round views.

Amongst her five cabins are an indulgent master suite; two King staterooms; and two Twin staterooms. The master suite is truly impressive; it spans the entire upper deck and features a large en suite, walk-in-wardrobe, treadmill, full entertainment system, and a private salon and outdoor area. Below decks can be found the four guest staterooms each with an en suite bathroom.

Luxury yacht Big Aron is powered by two Caterpillar 1,100 horsepower engines that allow her to reach a maximum speed of 15.5 knots. To minimise the owner’s seasick tendencies, zero-speed stabilisers were added in 2005. She underwent a refit 2006 and received a paint refresh in Australia in 2008.

Featuring a dedicated crew, Big Aron is an excellent charter yacht for luxury vacations. The yacht cruises comfortably at 13 knots while her crew of 11 under the direction of Captain William Kaye ensure the needs of every guest are met.

The luxury motor yacht is equipped with an armada of water toys to provide endless entertainment during any yacht charter. Onboard water toys include tenders, Wave Runners, waterskis, a wakeboard, tubes and a range of scuba diving and snorkelling equipment.

The luxury vessel carries a Lloyd’s classification and is fully MCA compliant.