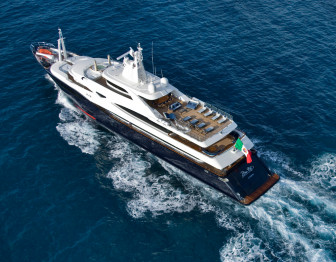 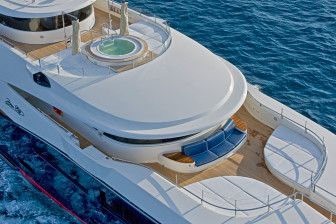 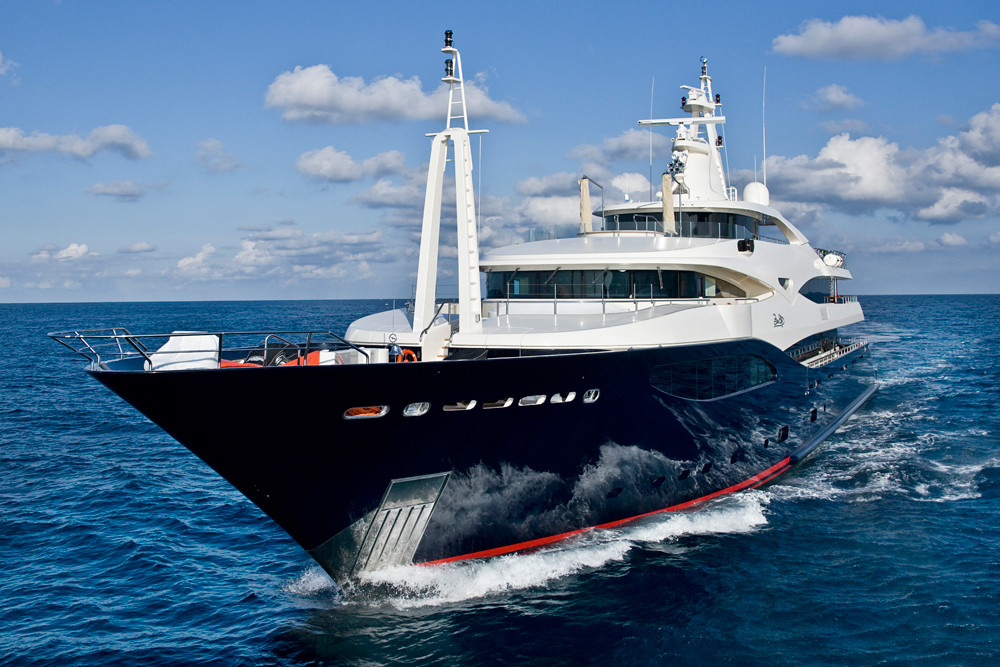 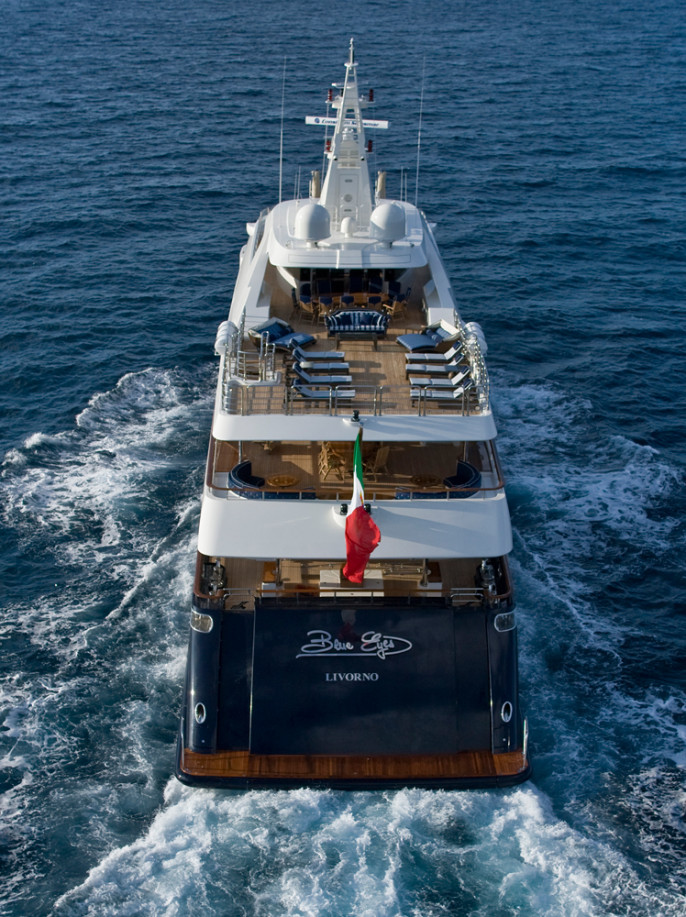 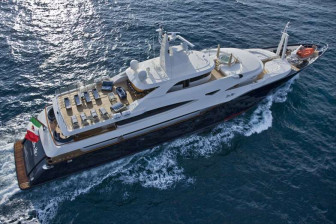 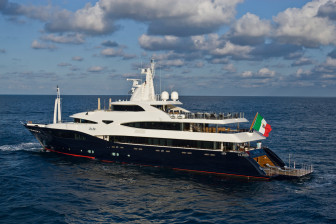 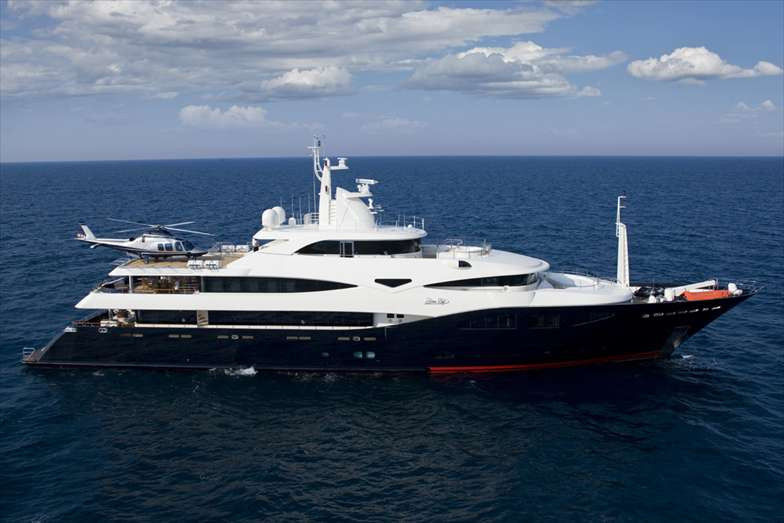 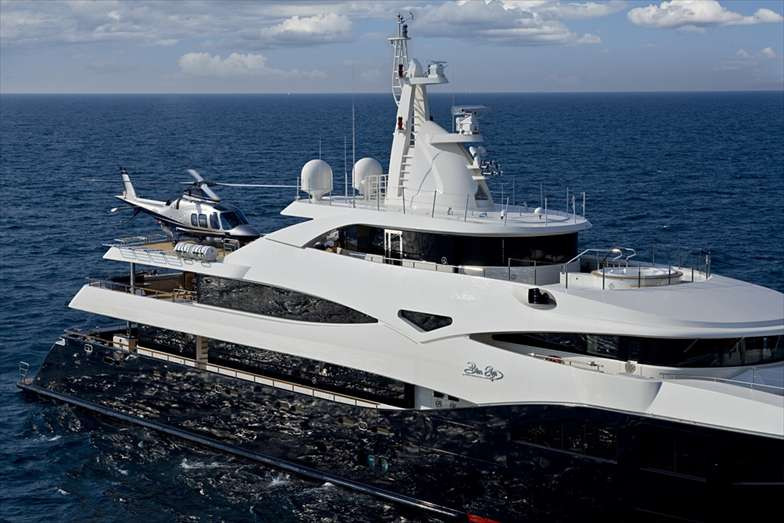 Blue Eyes, built in 2009 by Italian shipyard CRN, is a truly modern superyacht blessed with all the advances of today yet strongly influenced by ancient elements of the East. With a steel hull and aluminium superstructure, she features exterior design by Studio Zuccon International Project and the interior work of Fabrizio Smania. Measuring 60 metres in length she can accommodate up to 12 guests.

Luxury yacht Blue Eyes is the latest launch from the CRN shipyard and perhaps the most unique element of the CRN 126 is the heavy influence of the sea along with the injected personality of the Owner’s wife. Distinguished by her elongated, racy profile and imposing dark-blue hull, the design of the super yacht was influenced by the owner’s wife in every detail from name to décor.

Easily recognisable once onboard the vessel is a theme of ancient China and Oceania, along with the unique layout designed by the Owner himself. Noticeably different is the presence of a globe-like piece of art illuminated with Swarovski in the centre of the aft cockpit; the spot where a conventional conversation area would usually be and the sight that greets guests as they step onboard.

Open spaces and exterior living areas are a main design feature of the super yacht, particularly evident in the sea-hanging terrace which can also be transformed into a 60-square-metre beach club including deck, chairs sofas, and extra leisure areas.

The upper deck hosts an impressive sky lounge and generous conversation area that carries a Coral Sea theme highlighted by reefs and rare corals that adorn the space. Beyond lies a playing area complete with silk sofas and marble tables seemingly created for playing cards. Heading outside finds a casual dining area for 12 and twin seating areas that continue the prevalent sea theme of blue and white.

Crossing to the bow of the boat brings the spacious foyer into view decorated with ancient Chinese works and leading to the modern wheelhouse and Captain’s cabin. In front of the wheelhouse sits one of the owner’s most desired features; an armchair on the bow’s edge that forms a steady welcome to any destination.

Crowning the luxury superyacht is an impressive sundeck which is easily convertible into a touch-and-go helipad for helicopters up to 3,000kg. Besides her large Jacuzzi, sun beds, and plush couches the deck also boasts a lobby, shaded al fresco dining area for 12, and a wellness area complete with Turkish baths, shower and gym.

Luxury yacht Blue Eyes is powered by two Caterpillar 3512B engines that allow her to reach a maximum speed of 15 knots and cruise at 14. She carries Lloyds classification and is compliant with MCA regulations.