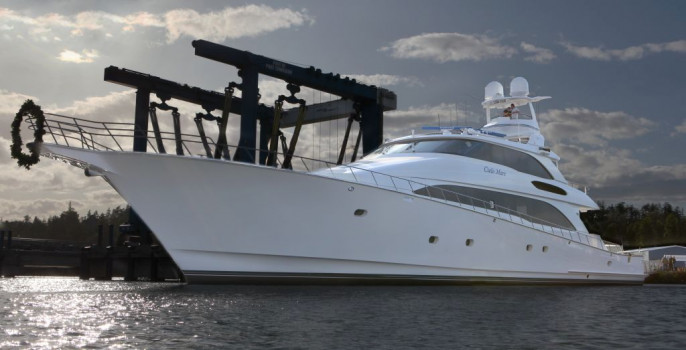 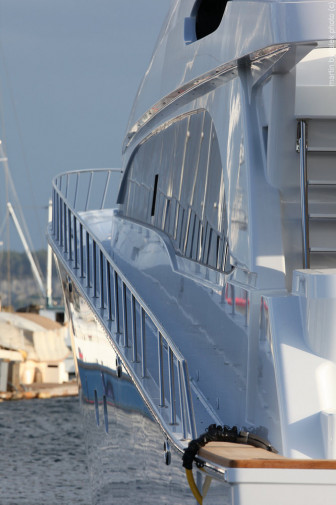 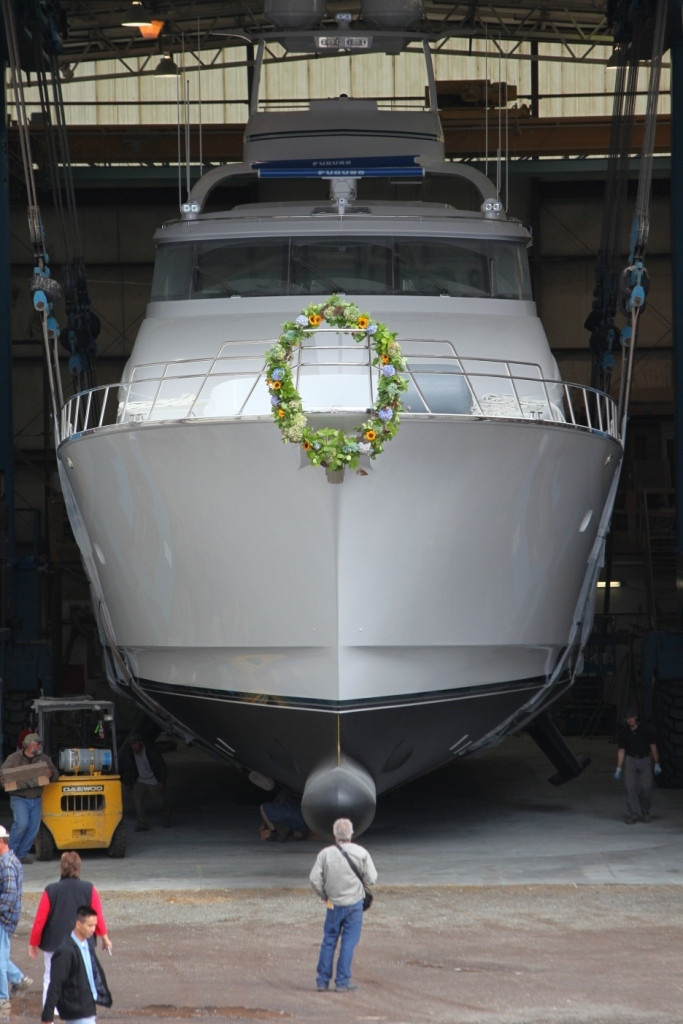 At 127 feet the Cielo Mare, launched in 2009, is one of the largest sportfishing boats in the world. She was built for discerning and experienced owners in California that love to fish and want adequate room for their growing extended family. It was also a priority to have good accommodations for their crew. The majority of Cielo Mare’s composite structure was built using vacuum resin infusion and as a result the boat was 20,000 lbs light when she launched – which improved her performance and increased her capacity for storage and supplies.

Cielo Mare is the second largest yacht ever built in Port Townsend. She was an international project, with interior components shipped from Canada, engines built in Germany, and engineering services provided by Hi Modulus in New Zealand. And we also drew extensively from the pool of skilled artists and trades people in the Port Townsend Area with custom stainless work provided by Meridian Marine and Northwind and fantastic art glass for the doors by Jerry Perrett.