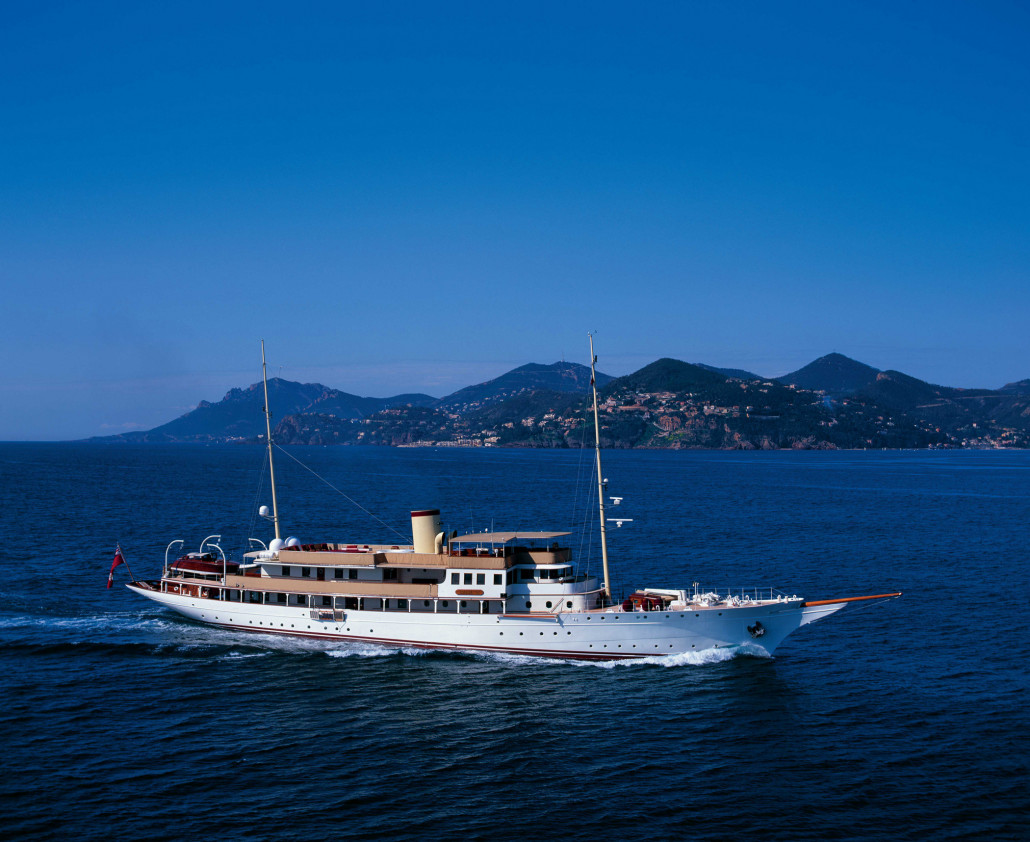 Motor yacht Haida G is a magnificent seventy-five year old classic vessel from the golden age of private yachting that has been restored to its former glory after an extensive two-year re-fit by her new owners, both passionate yachtsmen. Originally built in 1929, Haida G has retained the traditional quality furniture and exquisite fittings that made her the prize gem of a bygone era.

Formerly known as Rosenkavalier, the incredible Haida G was built in 1929 by German shipyard Krupp Germania Werft and re-fit in 2007 by Amico & Co. This extensive re-fit included the fitting of Sat-Nav antennas, generators overhaul, external furnishing and other maintenance works which have kept the original styling of Haida G intact while allowing her to embark on a new century.

At 71.1 metres, Haida G offers seven luxurious cabins decorated in a unique and elegant style. Her white and bright cottage-like design theme exists continuously throughout the motor yacht and offers a welcome respite from other superyachts reliance on muted neutrals and glossy wood. Each lovely stateroom includes an en-suite bathroom and a sumptuous interior design that evokes the elegance and style of the 20’s. The Owner’s suite and VIP stateroom boast a super king-size bed with his and hers dressing rooms, television and entertainment systems while the spacious bathroom holds an elegant central tub as well as his and hers shower rooms.

Other notable areas on this graceful superyacht include her attractive Aft Deck with its capacious dining table, stunning main saloon and well-stocked library, whose traditional styling and rich smoky aroma evoke another era. Haida G’s wonderful modern touches, such as the Sun Deck with its padded sunbathing area and Jacuzzi surrounded by an art-deco cushioned ‘fan-tail’, help bring this vintage treasure into the new millennium.

Haida G’s extensive re-fit saw the addition of a bow thruster and hydraulic gangplank as well as allowing WIFI to be available throughout the vessel, making her a fantastic choice for large families, group holidays or one-off corporate functions.

Haida G is available for charter in the Mediterranean for the summer season and the Caribbean and Bahamas during the winter season.