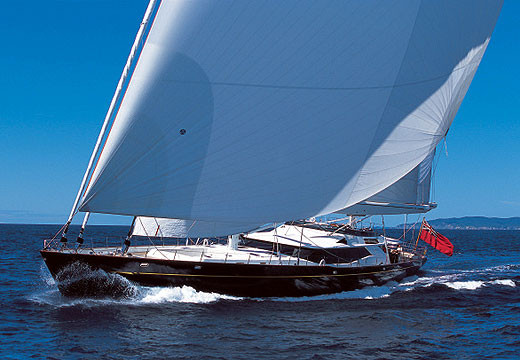 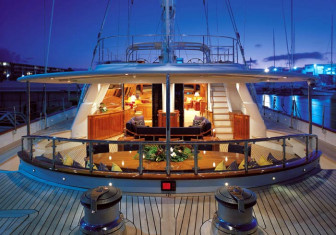 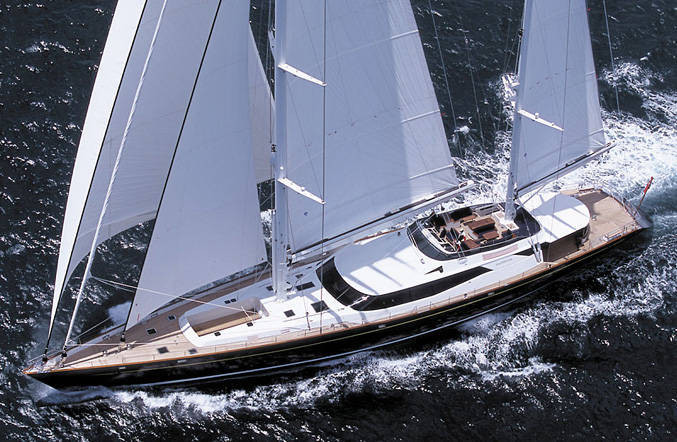 Luxury sail yacht Drumbeat was built in 2002 by New Zealand shipyard Alloy Yachts. With an aluminium hull and superstructure, she features exterior design by Dubois Naval Architects and the interior work of Alloy Yachts and the owner. This ketch measures 53 metres and can accommodate up to 10 guests.

Sail yacht Drumbeat was previously known by the name Salperton and was originally built for a European owner. She is fitted with carbon fibre spars and a Leisure furl in-boom furling system. She was the winner of the ShowBoats International Best Sailing Yacht Interior award in 2003 and was a finalist in the Superyacht Society Design Awards in 2002.

She underwent an extensive refit in 2007/08 that saw a redesign of her interior, gearing it more towards comfort and simple style. She also received a make-over of her engines and sails, and in 2008 received a newly painted hull. The layout of the luxury sail boat places the cockpit, pilot house, formal dining room and saloon all on one level, which is quite unusual for a sailing yacht but maximises the feeling of open space and natural light within the interior.

Amongst her four cabins are an indulgent owner’s suite and three double guest suites. The gym also hosts a bunk and two Pullman berths so can act as an extra cabin when needed. The crew’s quarters include six cabins, each with an en suite, that sleep up to 11 crew.

Luxury yacht Drumbeat is powered by a Caterpillar 3412E 1400 horsepower engine that allow her to reach maximum speeds over 16 knots.

Featuring a dedicated crew, Drumbeat is an excellent charter yacht for luxury vacations. The yacht cruises comfortably at 14 knots while her crew of nine to 10 ensure the needs of every guest are met.

The luxury sail yacht is equipped with an armada of water toys to provide endless entertainment during any yacht charter. Onboard water toys include tenders, wakeboard, waterskis, inflatables, windsurfer, kayaks, Seadoo scooters, sailing dinghies, and a range of snorkelling and diving equipment.

Drumbeat usually charters in the Caribbean but in 2009 will cruise the South Pacific during the summer and winter charter seasons. She sails to Tahiti in the summer and heads to Fiji towards winter.