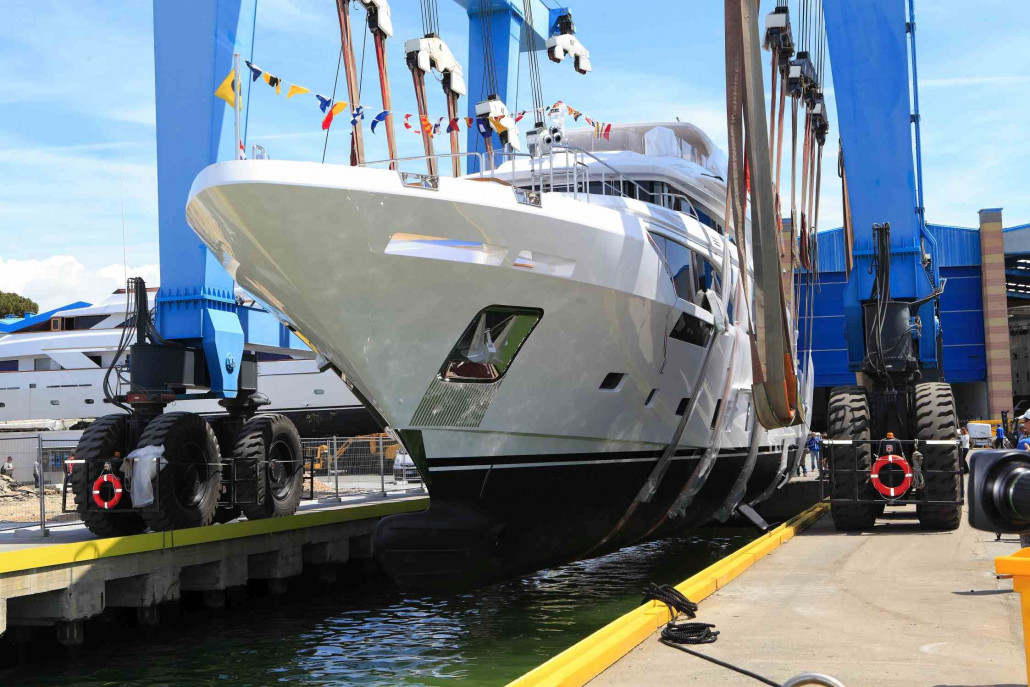 “Good Day” is a 35.5-meter displacement yacht with a fiberglass hull and carbon-fibre superstructure.

Giorgio M. Cassetta, who already put his signature on the other three Mediterraneo 116’ units, designed the vessel managing to meet the requirements of those who love the sea and want to fully enjoy all moments of navigation.

The path followed for the exterior design by Giorgio M. Cassetta is what characterizes this model and shows how great is the Shipyard desire to admire finally at sea a light but yet impressive yacht with sinuous and slim lines. Benetti’s Interiors Style Department flawlessly dealt with the interior layout, fulfilling the ship owner’s dream by involving him in the processes of design through interesting proposals that became the pivot of a good part of the work on which the project was developed.

Firstly, the owner desired a strong distinction of the settings and this became the common thread on which the whole project was based. The result is a great variety of materials that, used in different areas, are very eye-catching.

In fact, the concept of decor is focused on the alternation of three types of wood that, combined, ensure a very interesting colour game that characterizes each area in a unique way. In the Lower Deck the Tay, the Tanganyika and Elm were used; instead, only Elm and Tanganyika were used for the Upper Deck.