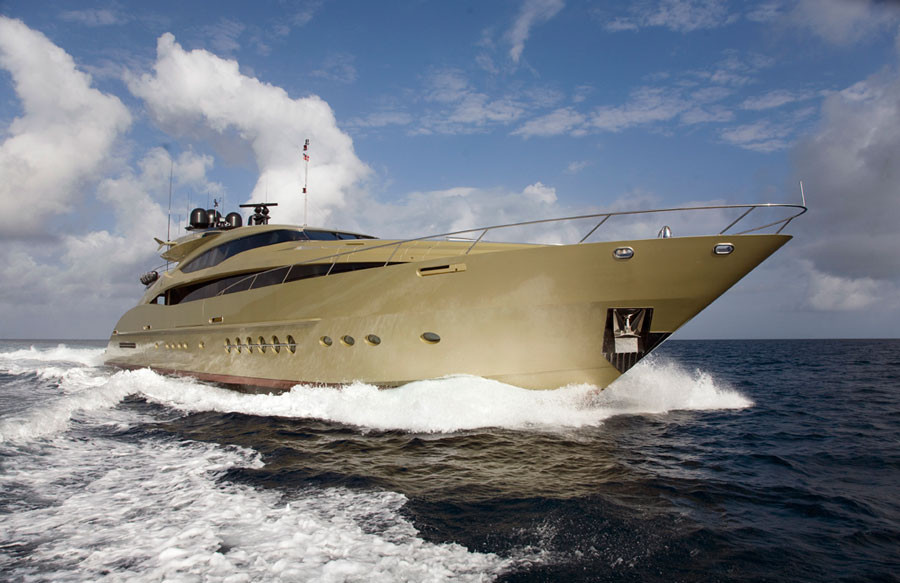 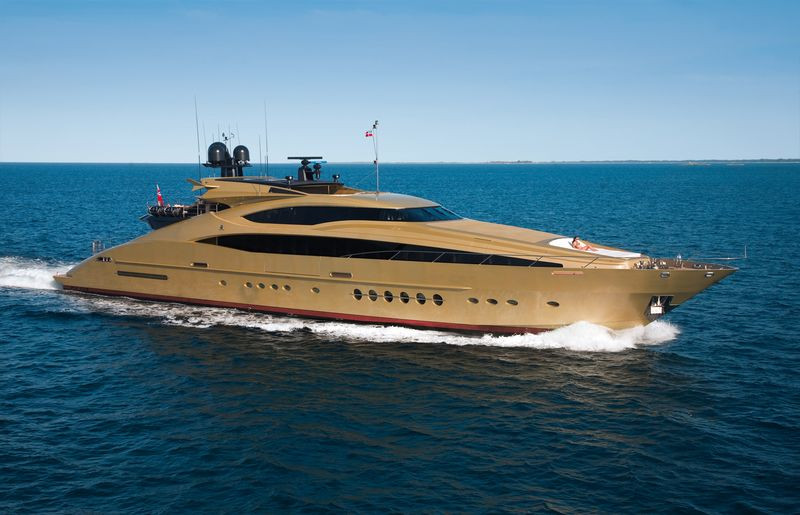 Luxury motor yacht Hokulani was built in 2007 by American shipyard Palmer Johnson. With an aluminium hull and superstructure, she features naval architecture by palmer Johnson and the interior work of Nuvolari-Lenard. This twin screw yacht measures 45.97 metres and can accommodate up to 10 guests.

Motor yacht Hokulani is the second launch in the 150 series by Palmer Johnson, following in the wake of O’Khalila which is in private hands. She is easily identifiable both on the water and in the marina with her distinctive exterior profile in a colour close to champagne and accents in striking black.

This tri-deck vessel displays a contemporary interior that boasts natural woods; not surprising in a yacht that aims to bring passengers close to the outside environment. To bring the outside onboard her main salon has large windows for panoramic views, while her outside spaces encourage outside living. She has a large sundeck and huge sunpads across her main deck.

There are three dining areas onboard; two for eight and one that seats 10, as well as a number of lounging areas. Unusually for a yacht of this size, there is no hot tub on board.

The crew’s quarters include four lower deck cabins that sleep eight and a double Captain’s cabin.

Luxury yacht Hokulani is powered by two MTU 4000 series 3650 horsepower engines that allow her to reach a maximum speed of 29 knots.

Featuring a dedicated crew, Hokulani is an excellent charter yacht for luxury vacations. The yacht cruises comfortably at 25 knots while her crew of seven, under the direction of Captain Egon Viljoen, ensure the needs of every guest are met.

The luxury motor yacht is equipped with an armada of water toys to provide endless entertainment during any yacht charter. Onboard water toys include tenders, PWCs, waterskis and tows, wakeboard, and snorkelling equipment. All toys are stored within a neat garage.

Hokulani cruises the West Mediterranean during both the summer and winter charter seasons.

The luxury vessel has been built to Lloyds classification and is fully MCA compliant.