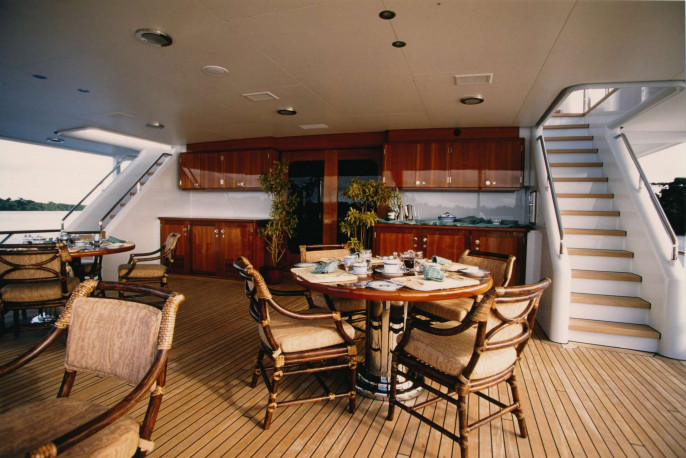 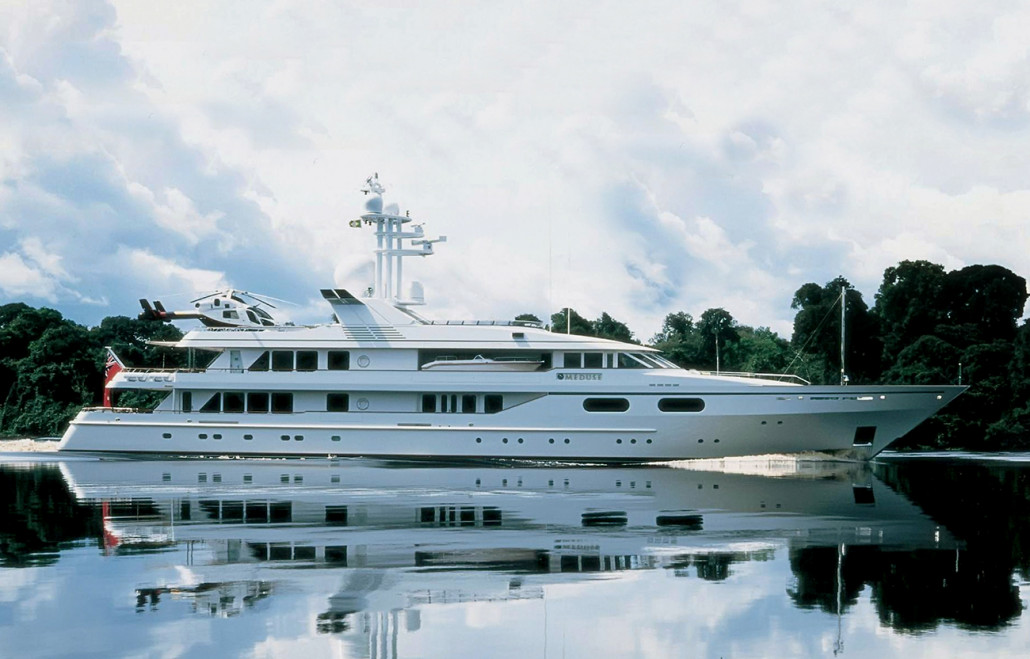 The 60.60 metre superyacht Meduse was launched in 1996 with classic signature styling by the Dutch yacht builder Feadship. During her construction, some 73 kilometres of electric wiring and fibre optics were used, which stands as testimony to the sophistication of her high-tech features; most notably the entertainment and leisure elements on board.

Helicopter on the aft sun deck and ample space across the exterior, Meduse was built to entertain outside as well as internally. The incredible design elements on board include a boat deck sports bar which doubles as a recording studio, an audio/video multi-media center which is controlled by touch screen panels throughout the vessel, a sensational cinema designed by Hollywood experts, and a decompression chamber for diving.

Not only does the 60.60 metre Meduse yacht hold the makings of an idyllic charter vessel, but stands a superyacht with character, grace and effortless style. Her interior was created by McMillen, and runs through a layoutu accommodating 12 guests on board in complete luxury; consisting of one owner’s cabin, one VIP cabin, two double cabins and two twins.