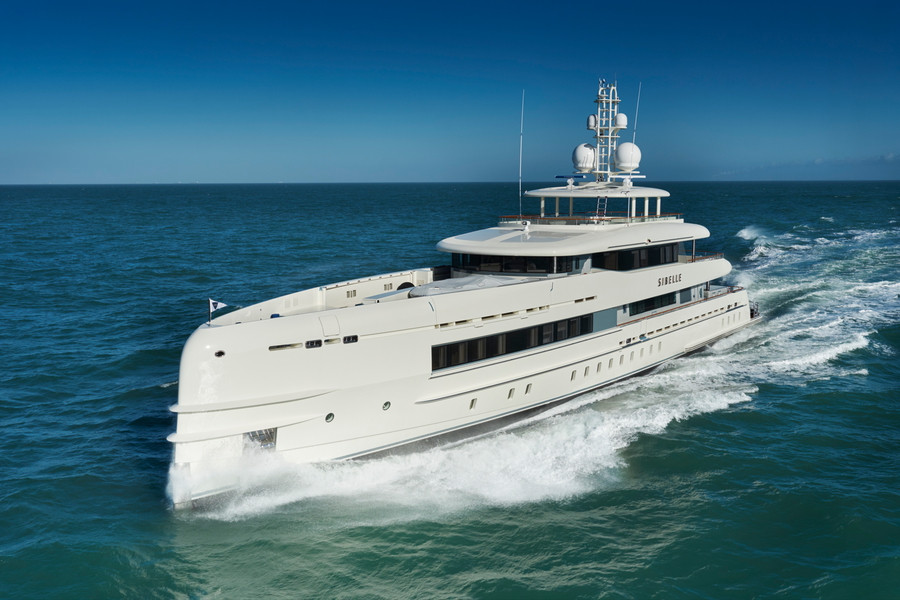 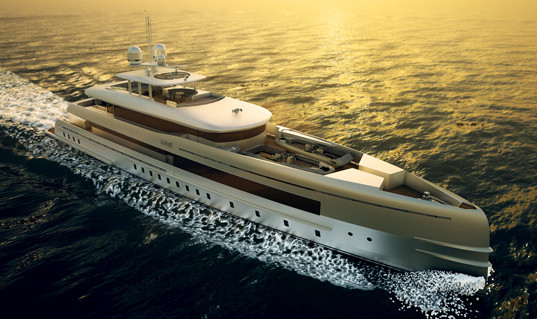 Hence an ocean-crossing range is achieved with minimal fuel capacity; only 45.000 litres are required to comfortably transit the Atlantic, leaving plenty of reserve. Perry van Oossanen, naval architect at VOA, comments: “Modest propeller tunnels have been defined allowing for 1,5m diameter propellers. The hull will be fitted with Quantum XT zero-speed fins, and bilge keels, allowing for a maximum reduction in roll angle when at anchor. The design of the hull, the appendages and the propulsion arrangement have been focused on obtaining the best fuel efficiency possible, without sacrificing performance and comfort when running in waves.”

Carrying less fuel also means that the yacht is lighter which further improves efficiency. And the benefits don’t end there; the space saved by having smaller fuel tanks has been reallocated to provide the crew with valuable storage volume under the crew mess.

The cosy and inviting interior décor will be based on the colour contrast between swamp oak panelling and dark joinery details. Ten guests can be accommodated in five cabins. 61 square metres are dedicated to the master suite, traditionally located forward on the main deck, which boasts two separate dressing rooms, each with a private ensuite bathroom. The four guest cabins (two VIP and two twins) all have ensuite bathrooms and are positioned on the lower deck. Beyond their cabins, guests can enjoy 237 square metres of outdoor living space.

The main and rescue tenders are placed on the fore deck under way, while the toys are stored in the forward garage. This configuration allows the aft part of the yacht to be used as a large (21,5 square metre) beach club equipped with sauna and hammam. The design of YN 16750 proves that high speed cruising can be achieved without sacrificing either luxury or efficiency.