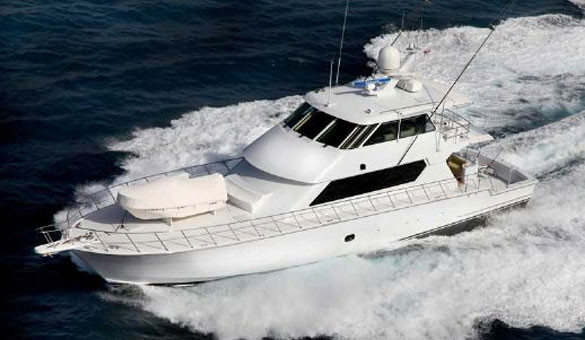 Spherefish is a custom motor yacht launched in 2002 by Hatteras Yachts.

Spherefish has a GRP hull with a GRP superstructure.

Spherefish accommodates up to 8 guests in 4 cabins. She also houses room for up to 3 crew members.

Spherefish is MCA compliant. She has a White hull.