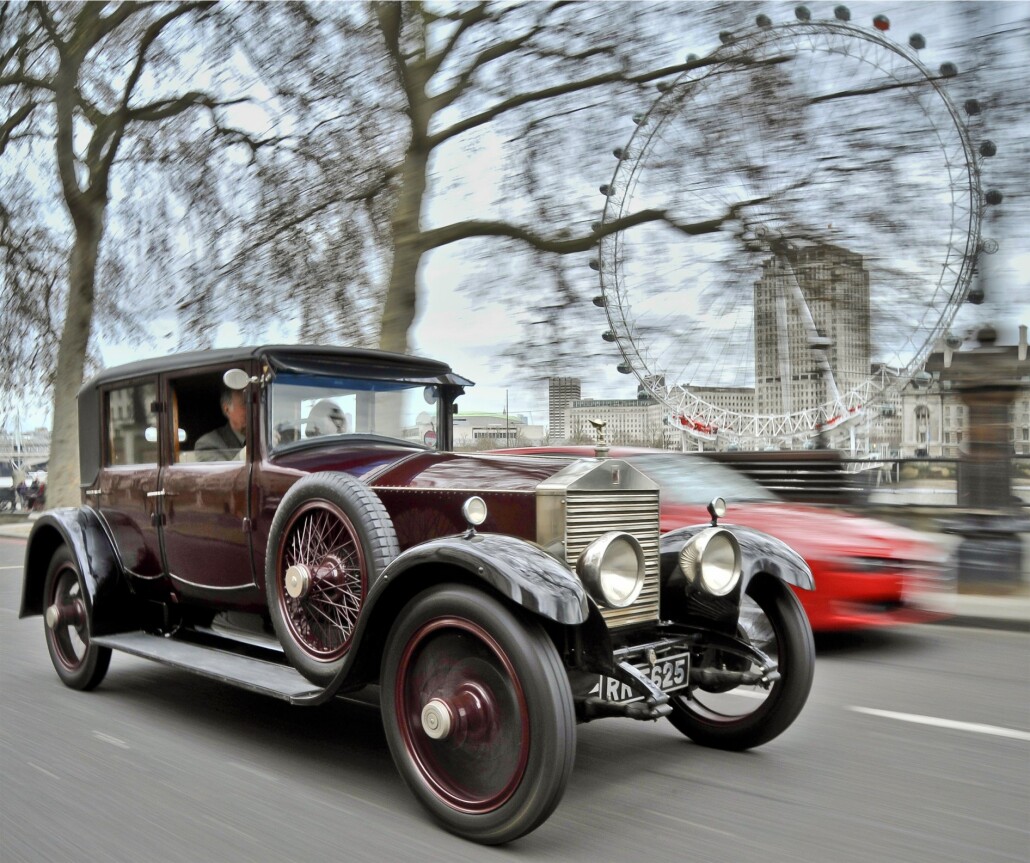 A troupe of 100 modern and vintage Rolls-Royce motorcars converged on the streets of London earlier this month for a special milestone in the company’s history.

This year marks the 100th anniversary since the trademarked design of the Spirit of Ecstasy – the elegant flying lady that adorns the bonnet of every Rolls-Royce model.

A hundred cars, from early open tops to the latest high-tech models, paraded through the streets of the capital for the celebration. The heritage cars were supplied by the Rolls-Royce Enthusiasts Club.

The drive began in Belgravia and ended at the Great Consevatory at Syon House in west London, taking in Big Ben, Trafalgar Square, Piccadilly Circus and Hill Street, Mayfair – the birthplace of Charles Rolls, co-founder of Rolls-Royce.

The backdrop of London landmarks was intended to emphasise the company’s British roots.

Rolls-Royce is now a subsidiary of German motoring giant BMW but its cars are still manufactured in the UK.