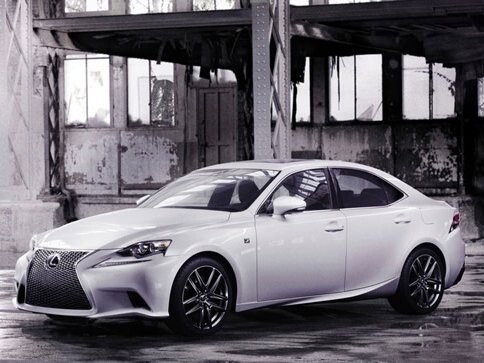 2014 Lexus IS to Debut at Detroit Auto Show

Amongst the array of impressive cars on display at this year’s North American International Auto Show in Detroit is the 2014 Lexus IS.

Images of the all all-new IS model range were released last week, giving car enthusiasts a sneak peak ahead of the Detroit show, which kicked off yesterday.

The flagship of the range is the F-Sport model, boasting either a 2.5 or 3.5-liter V6 engine, whilst with a four-cylinder hybrid model will be presented at a later date.

The new IS's exterior lines are very close to those of the LF-CC coupe concept, which forms the base for a two-door version of the series, whilst the interior uses higher quality cabin materials, trims and finishes than its predecessors.

New technological features include electrostatic switches requiring a mere touch of the finger to adjust the air conditioning temperature, whilst the driving position is sportier thanks to the lower seat hip point and the angle of the new steering wheel, with the latter offering an increased reach adjustment.