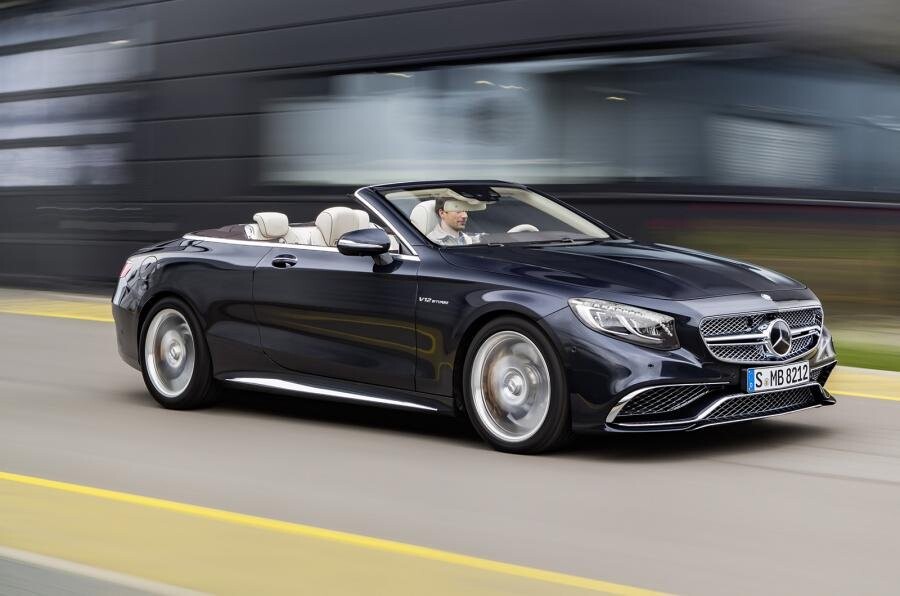 Among the array of dazzling cars set to be displayed at the 2016 Detroit Motor Show, which kicks off next week, will be the new Mercedes-AMG S65 Cabriolet.

The opulent four-seat open-top model will enjoy its public premiere at the high profile North American show, before its UK delivery in April.

Boasting the same upgraded twin-turbocharged 5.5-litre V12 engine as the recently introduced S65 Coupé, the S65 Cabriolet boasts a top speed of 155mph, although buyers can choose to raise it to 186mph with an optional Driver’s Package that includes uprated tyres.

The car is visually differentiated from other S-Class Cabriolet models through its more liberal use of chrome within the air ducts incorporated in the front bumper, unique wheel design, V12 bi-turbo badges along the flanks as well as a high gloss black diffuser, quad-trapezoidal shaped tailpipes and S63 identification at the rear.

The multi-layer fabric roof is available in black, dark blue, beige and dark red and can be opened and closed on the move in just 17 seconds and at speeds of up to 31mph.

On the car’s interior can be found a Mercedes-Benz Aircap wind protection deflector, Airscarf heating element in the backrests of the front seats and heated armrests.