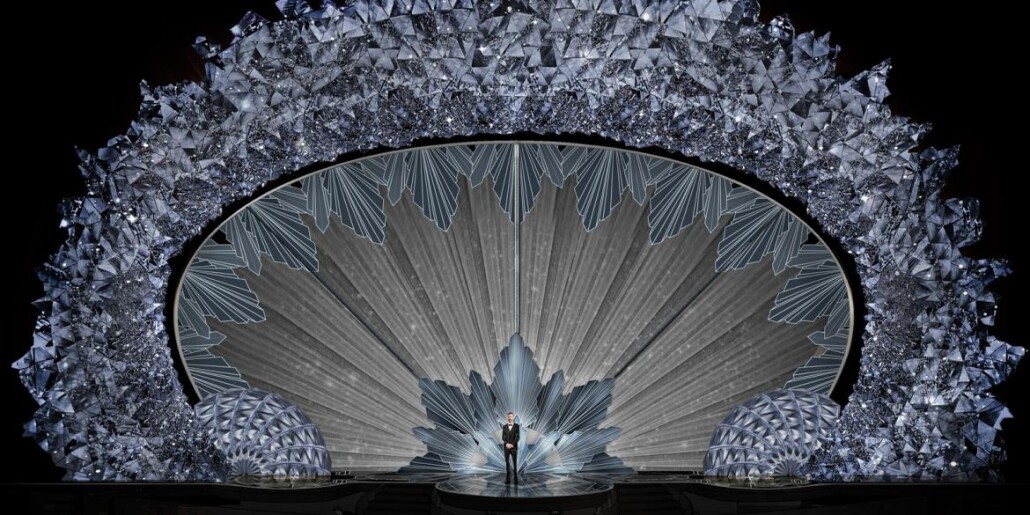 The 90th anniversary of the iconic Academy Awards, which took place on Sunday, was given an extra layer of lavishness this year, thanks to a stage design featuring 45 million Swarovski crystals.

Created by world renowned designer Derek McLane, the archway in front of the curtain was augmented with the 45 crystals to create a truly stunning backdrop.

Featuring mirrored arches, crystal chandeliers and other details, the design was inspired by light and reflection and draws elements of Hollywood Regency and even Egyptian Deco.

A major feature of the stage was also a giant LED screen displaying digital projections inspired by McLane’s sketches and designs for the stage.

The TV audience was able to admire projections with a three-dimensional quality and a more realistic look.

Derek McLane is no newcomer to stage décor at all and has previously won a Tony and an Emmy award for his work. This year he designed the Oscars stage for the sixth year in a row.

Swarovski was founded in Austria in 1895. In 2017 the company announced an on-going collaboration with German fashion brand Karl Lagerfeld, with two collections promised each year.