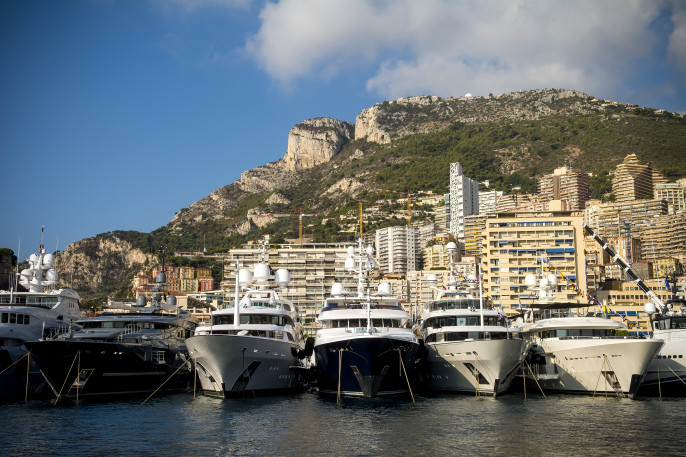 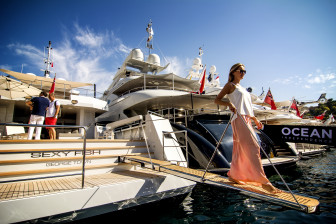 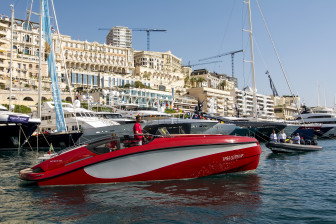 Whether it be for business, pleasure or a combination of the two, most of our readers are likely to have visited Monaco at one point or another, and many will be regulars.

But Monaco's luxury landscape is an ever-evolving terrain, with new offerings popping up at every turn, including boutiques, bars, restaurants, nightclubs and beach clubs.

This year the 27th edition of the Monaco Yacht Show, now less than four weeks away, is also hosting new luxury exhibition areas dedicated to the superyacht lifestyle. So what better time for us to offer our top tips on how best to spend your time when you’re not perusing stunning superyachts and yachting accessories on the docks of Port Hercule?

So without further ado, here are our recommendations for how to enjoy the finer side of life during your stay in one of the world’s most enduringly iconic luxury destinations.

Few people come to Monaco looking for a bargain –and for good reason. The majority of shops here – particularly in the Cercle d’Or district around Place du Casino – clothe and bejewel some of the most exclusive people on the planet, with prices to match.

A couple of years ago, amid the palms and other exotic horticulture of the Boulingrin Gardens just up from the Casino, five shopping "pavilions" arrived, housing the likes of Piaget, Sonia Rykiel, YSL and other LVMH brands, among many others. The pavillions are due to be there until the end of 2018, so visitors to the Monaco Yacht Show this year will have the chance to check them out.

Alternatively, for a more accessible shopping experience, Condamine Market at Place d’Armes is a traditional Provencal market at the heart centre of Monégasque life.

With so much hedonism on offer, eating can sometimes be an afterthought in Monaco but the principality remains home to some truly world class restaurants. The obvious recommendation would usually be the 3-michelin star Louis XV, but the legendary restaurant is undergoing refurbishment until next year.

So our tip for a fine dining extravaganza is Joël Robuchon at Hotel Metropole,  where the cooking is modern French of the finest order, with a marked preference for Mediterranean fare, all worked through the prodigious Robuchon imagination.

For lovers of Italian food, Il Terrazzino is a bustling little spot, just back from Monte Carlo centre, which has an emphasis on southern Italian fare with a strong Neapolitan accent.

Slightly more casual is Quai des Artistes, a contemporary brasserie right on the port, where eating and drinking as inspired by the great Parisian brasseries of the Belle Époque.

Our final choice is a locals’ favourite called U Cavagnetu, set high up in the scurrying old streets of Monaco-Ville, and featuring a warren of venerable rooms and a pretty terrace out the back.

Many of these hotels may already be fully booked for the Monaco Yacht Show, but if you don’t ask, you don’t get. So here are our picks of the most outstanding places to rest your head after a night of Monaco decadence.

First up, Monte-Carlo Beach has been on Monaco's society scene since the 1920s, despite sitting on the French side of the border. Those really like to cause a scene arrive by boat to this ultra-luxurious Art Deco hotel's private jetty, and guests dine upon Michelin-starred cuisine after a day by the Olympic-sized pool or private beach.

Monte-Carlo Bay Hotel and Resort is the newest kid on Monaco’s luxury block. With its sandy-bottomed lagoon and its endless sun terraces bordering the Mediterranean Sea, it’s a year-round playground for groups of friends and families alike.

Hôtel Hermitage is a Belle Epoque palace and a perennial favourite for jetsetting cognoscenti and celebrities striving to stay under the radar. A line of Lamborghinis and Bentleys greet you at the entrance - what else would you expect in Monte-Carlo?

Finally, there’s Fairmont Monte Carlo, set back on the hairpin bend made famous by the Monaco Grand Prix. This luxury hotel is propped up on pillars over the sea, offering fabulous views, an excellent choice of restaurants (including ‘Nobu’) and a rooftop pool.

Come nightfall, as the crowds dissipate and Port Hercule descends into relative quiet (save for the smattering of yacht parties that take place each evening), serious revellers head to a select number of nightspots across the principality where the money flows almost as fast as the drinks. Here’s our pick of the best venues to head to.

The epicentre of Monaco’s nightlife scene for four decades, Jimmy’z is huge, spread half inside and half outside in a Japanese-style garden). If you want to share a dance floor with major celebrities, you’ve as good a chance here as anywhere else. And for table service in high season, you’re going to have to buy €300’s worth of drinks. It’s just that kind of place.

You need to look good to get into the Living Room, another Monaco institution. The place is an eclectic mix of English country salon and disco with expertly handled sounds and there’s a fine selection of light food to complement the sophisticated atmosphere.  Be sure to check out the heated, year-round terrace.

Nestled right by the port, the relatively new Brasserie de Monaco brews its own organic beer on the premises. But there’s more to the venue that that. Alongside the beer-laden wooden tables there’s a chic lounge area and a terrace overseeing the king-size yachts. And, at weekends, there’s a resident DJ and dancing until the early hours.

Between the Grimaldi Forum and Fairmont Hotel, Le TWIGA is another new arrival that’s the project of Formula One mogul Flavio Briatore. Boasting its own jetty, the venue can be accessed directly by boat  and there’s also a seaside terrace with outstanding views over the Med. As the night evolves, dinner segues into no-holds-barred clubbing.

Monte-Carlo Beach offers a lavish assortment of cabanas, cocktails and restaurants. Adrenaline junkies can also get their kicks here with the use of jet skis, wakeboarding, parachute rides, flyfish and donuts.

Then there's Nikki Beach, one of the world’s most famous beach club brands, that needs little introduction. Perched high on the rooftop of the Fairmont Monte-Carlo hotel, the beach club features plush, all-white sun beds. Inviting guests to kick back and relax in style. Endless cocktails, champagne and an extensive menu of delectable dishes are also available.

Finally, La Note Bleue Beach Club, is a private beach boasting white cotton beds, olive trees and bamboo. Sit with your feet in the cool blue Mediterranean waters before heading to the Lounge in the evening to enjoy a lavish dinner while listening to live jazz performances.