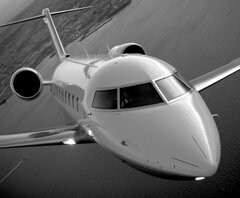 Private aviation services provider Air Partner this year celebrates its 50th anniversary, offering a chance to pause and reflect on the company’s dramatic growth since its foundation in 1961.

Having begun life as an air training school, the air charter broker now operates from 20 offices across 16 countries on 3 continents, flying over 15,000 flights per year. Its prestigious international client base includes six of the G8 governments, 12 heads of state, White House contracts, and members of royalty.

Now, as it approaches its sixth decade, the company is mapping out further expansion plans, which will see it grow its existing global office network, looking to move into new emerging markets such as China and South America. It also plans to extend its existing product offering across its 20 offices and increase its presence in higher growth markets such as Russia.

Phil Mathews, President of Air Partner’s North America division, said: “We respect our competition. We may be one of the biggest charter companies in the world today, but we cannot be complacent.

“While service and prestige have always been important, price is also a key influence in our business as buyers have become more educated and more sophisticated in their use of private aviation.

"The Internet has given passengers much more control.”