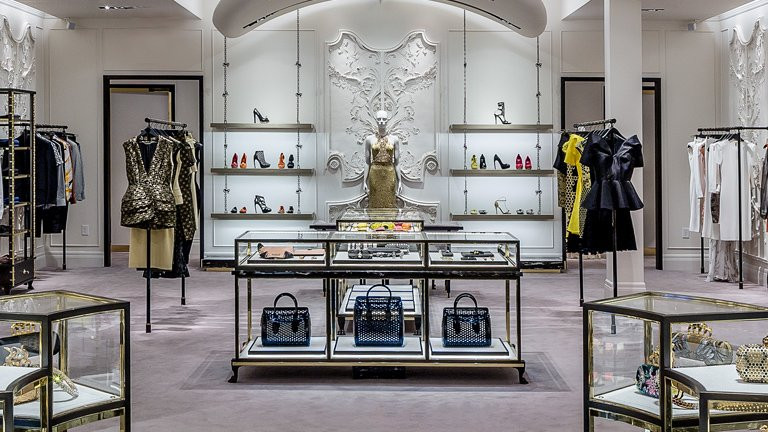 British fashion label Alexander McQueen has opened its first store in Paris, the brand’s largest boutique anywhere in the world.

Situated on the prestigious rue Saint-Honoré and spread across 5,300 square feet, the store houses both women’s and men’s accessories collections as well as an array of “iconic pieces”.

The McQueen brand has been showing its runway collections in Paris for a number of years and considers the city one of its top markets, but until now has only had a limited retail presence there.

The new space is the brainchild of creative director Sarah Burton who worked alongside the David Collins Studio to create an intimate store with the feel of a grand French home.

Within the store there are seating areas where customers can relax while the designers her have created exclusive wallpaper for the boutique’s eveningwear salon.

Among the store’s distinguished neighbours are the Mandarin Oriental hotel and the reopening Ritz Paris hotel, along with fashion brand such as Longchamp and Chanel.

Alexander McQueen was founded in London by the eponymous designer Alexander McQueen, who died in 2010. Its current creative director Sarah Burton designed the dress worn by Kate Middleton at her wedding to Prince William in 2011.