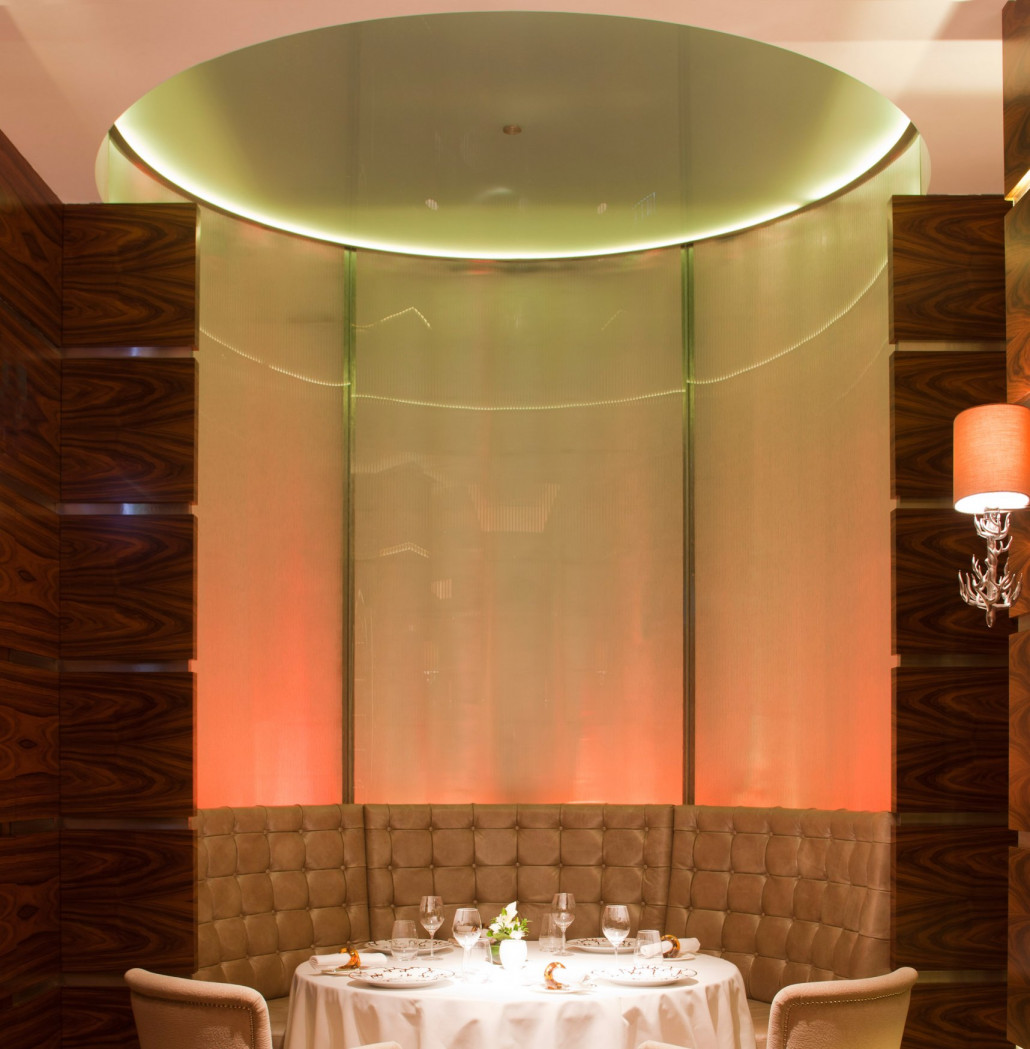 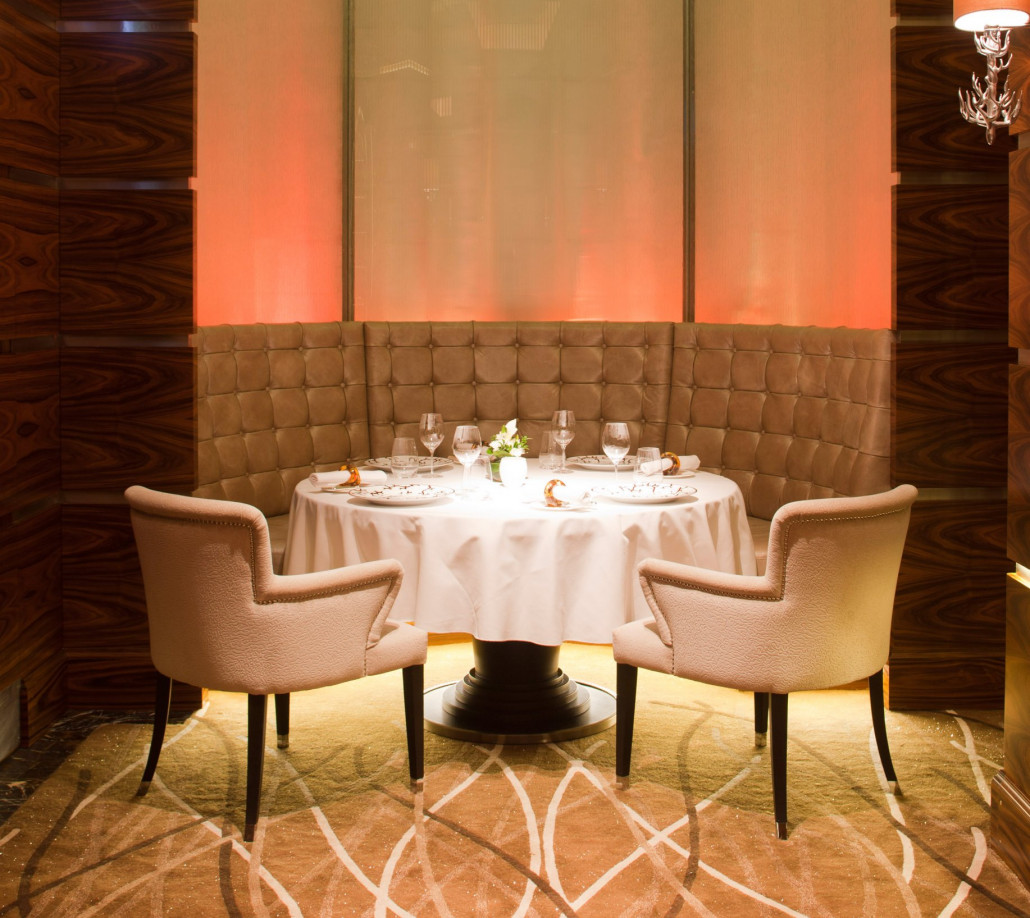 Alyn Williams at The Westbury Hotel

As first impressions go, there is little to suggest that the Westbury Hotel’s flagship restaurant in Central London, run by eponymous chef Alyn Williams, is going to blow you away.

Rosewood panelling and velvet-covered chairs represent fairly standard – and indeed perfectly pleasing – décor for a high-end hotel dining room, with only a liberal sprinkling of glitter on the tufted carpet hinting at anything beyond the conventional.

But that is to greatly underestimate the gastronomic wonders that take place behind the scenes, before being transported onto the plates of, in our case, unsuspecting diners simply unprepared for anything quite this good.

Awarded a Michelin star earlier this year for what is his first solo restaurant venture, Alyn Williams, who previously served as head chef for both Marcus Wareing and Gordon Ramsay, is no stranger to plaudits. But the sheer beauty and deftness that embodies his cooking makes such earthly recognition sound almost like a disservice.

Possibly the best value in London at just £60, the Tasting Menu began with a starter of crab in a beef stew with milk and a small bacon-stuffed brioche bun served on the side. It was a stunning opener, offering delicate flavours, aromas and textures and providing the first hint of the sheer talent at hand.

Illustrating his keenness to use British ingredients, there followed an Orkney scallop with pumpkin, cuttlefish and wild marjoram – the scallop delivering the perfect balance of succulence and sweetness.

Foie gras served semi fredo with heritage beets, liquorice and pumpernickel was perhaps the most curious dish, featuring as its centrepiece two thin cigars of semi-frozen paté de foie-gras. After some rumination, the consensus was that it worked, thanks in part to its bold flavours but primarily for its vibrant kaleidoscope of colours.

Cod with coco beans, parsley and autumn truffle was possibly the only underwhelming dish, but more than compensated for by glazed Gressingham duck, served with loose leafed cabbage, cashew nuts and five spices. The meaty breast of duck was juicy, firm and overflowing with flavour whilst avoiding an overpowering gamey taste, and the earthy cabbage provided a pleasing base layer.

For dessert, crème catalane with pear, blackberry and pine sugar wrapped things up in the way they had started: with a sublime lightness of touch and attention to detail. The tartness of the blackberry worked fabulously with the vanilla crème, whilst the pine added a tangy contrast with the diced pear.

There are unquestionably more atmospheric places to eat in London – hotel restaurants being as they are typically staid and sterile environments. But for sheer excellence, in terms of ingredients, finesse, flavour, originality and presentation, Alyn Williams at the Westbury represents a high water mark that few others can reach.