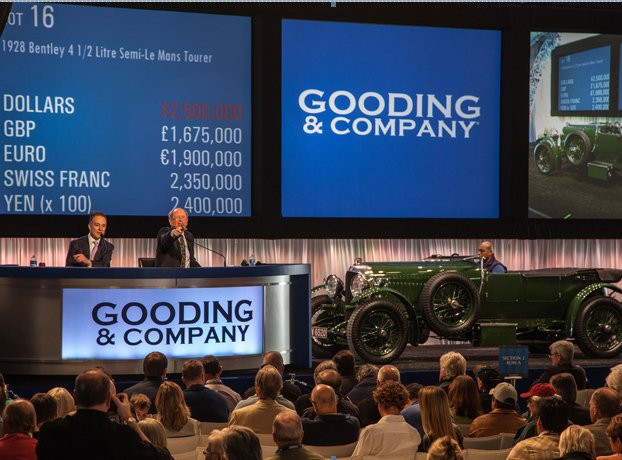 A total of 69 out of 71 lots were sold at the high-profile sale, including celebrity-owned classics, high performance sports cars and sleek modern supercars.

David Gooding, president and Founder of Gooding & Company, expressed grateful surprise at some of the figures reached, describing the sale of the Rolls-Royce Derby Speedster as a reminder of “the magic that happens in the auction room.”

Amongst the other highlights was the $1.76 million sale of a 1953 Fiat 8V Supersonic, with all net proceeds donated to St. Jude Children’s Research Hospital Over the years, Gooding & Company has regularly lent its auction stage to a variety of charities.

Additionally, Out of the eleven Ferraris offered during the auction, five sold for values in excess of $1 million.

At the 2011 Pebble Beach Auction in California, Gooding & Company achieved the highest ever figure for a car sold at auction with the iconic 1957 Ferrari 250 Testa Rossa Prototype selling for $16.39 million.