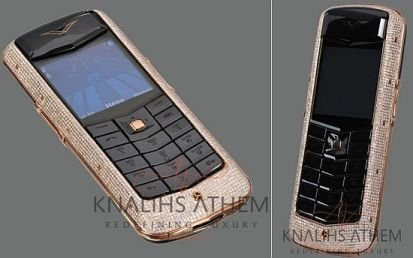 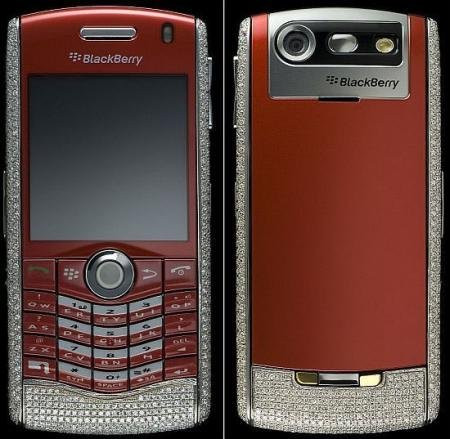 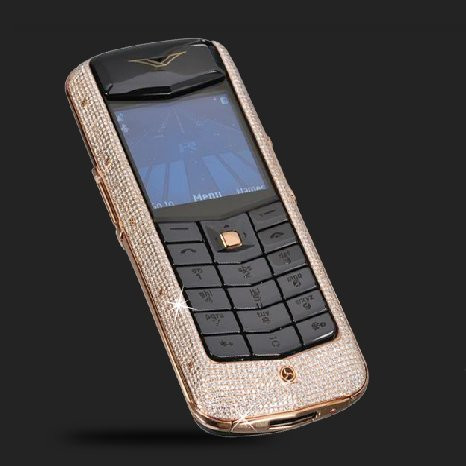 Considered the worlds most expensive BlackBerry, this diamond-encrusted phone is the height of luxury.

Swiss luxury designer Knalihs Athem is offering a BlackBerry taken to the next level of luxury: one encrusted in jewels.

Each Knalihs Athem BlackBerry Bold Limited Diamond Edition is drenched in the client's choice of white, champagne, yellow, pink and black diamonds, while the back is customized in leather, crocodile, snakeskin or denim. The backing is available in at least two different colour choices.

Athem wasn't the first to bejewel a BlackBerry: Amosu, a privately owned mobile phone customization company, released a BlackBerry Pearl Diamond Edition in 2008 that featured recyclable diamonds the owner could have refit onto their next BlackBerry once their current phone became obsolete. The Amosu version also came with a client concierge service giving the client access to an array of luxury services.

So which BlackBerry can lay claim to being the world's most expensive? We may never know, it appears to be a "If you have to ask, you can't afford it" type of situation.

"If you have to ask, you can't afford it"

"If you have to ask, you can't afford it"