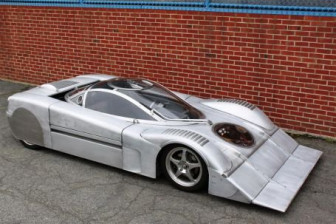 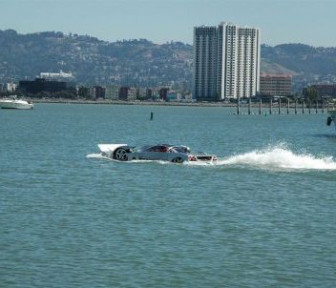 The brainchild of a designer known as Mr. M. Witt, the innovative vehicle – named Project Sea Lion – is said to be able to travel at 180mph on land, which if achieved would represent a land-speed world record.

Its makers even suggest the car could go faster with an upgrade to the 174hp Mazda 13B Rotary engine, which it is claimed would also put it in sight of the current sea-speed record of 60mph.

The car features a brushed aluminium and stainless steel interior. It has removable side pods, used for floatation and cargo, and removable fenders front and rear.