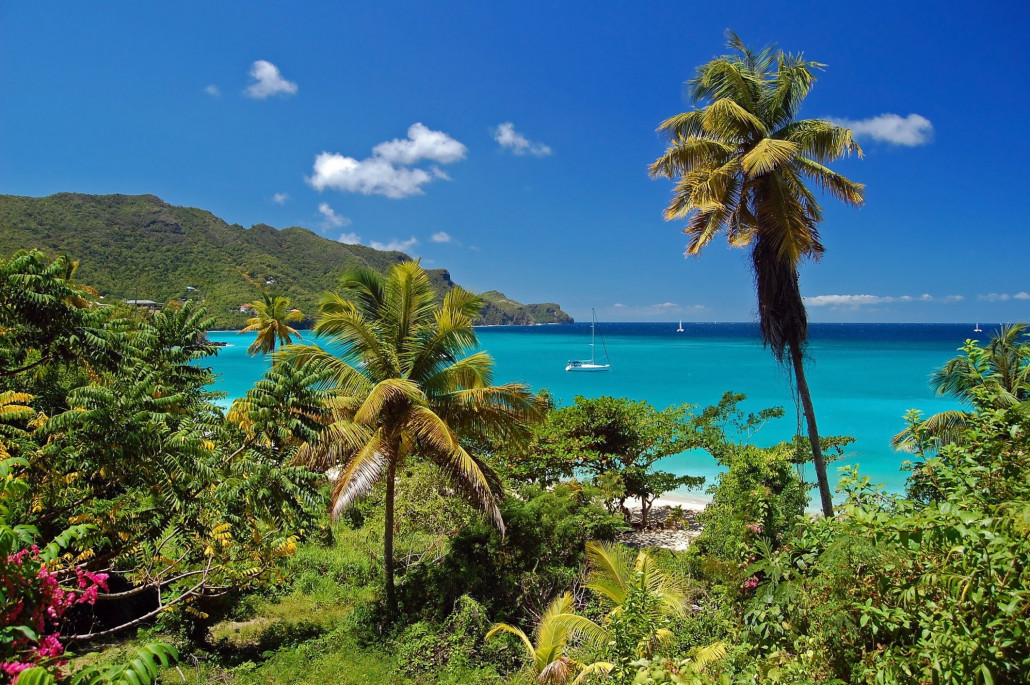 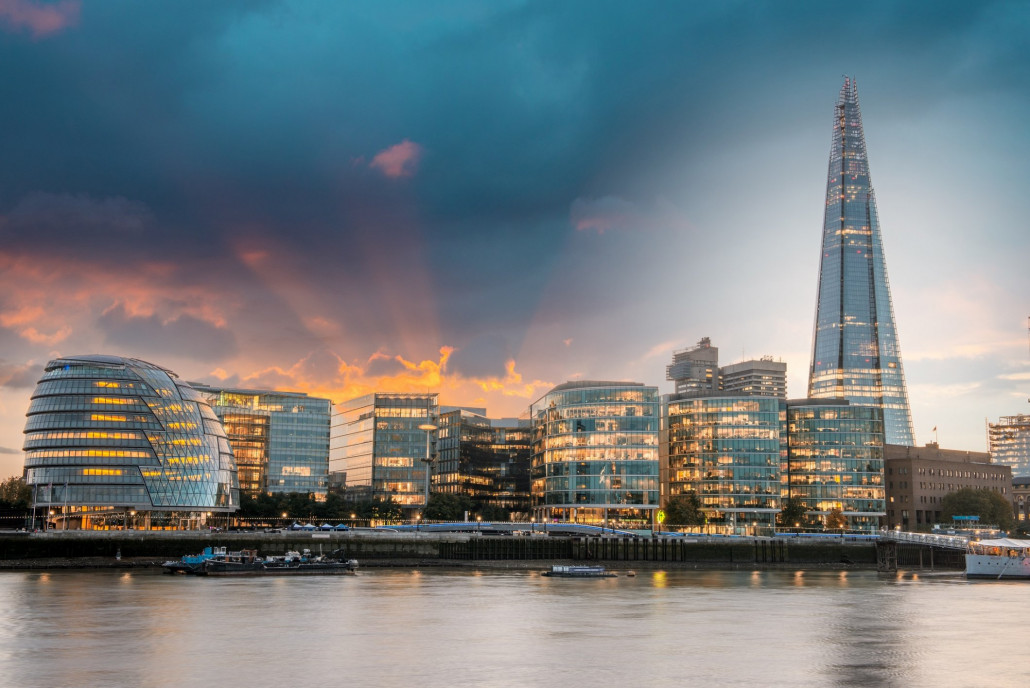 An Interview with Mark Smith of Simplexity Travel Management

For high net-worth individuals constantly on the move, simplifying their travel arrangements is a crucial tool of their trade.

Step forward Simplexity Travel Management, a UK-based company with a global client base of international jetsetters and an unparalleled network to help ensure their every need is met.

We sat down with Mark Smith, Head of Business Development at Simplexity, to find out more.

Superyachts: Can you start by giving us a background to the company?
Mark Smith: Personally I have a very long background in travel, as have some of the shareholders as well. The company itself was formed in 2011 and our vision was to be a market leader in travel management.

We noticed that people were booking different elements of their trips through different companies, instead of having a one-stop-shop where they could take care of everything in one place. They go to the airline to book the flights, the hotel to book the hotels, and the yacht company to book the yacht.

Predominantly we started out in the fashion, film and music industry before moving towards high net-worth leisure clients, which was a vertical directly from the need for corporate travel.

Where do the majority of your client base come from?
They’re global. We’ve got clients in South America, in Australia, in the UK, in the Middle East. Literally anywhere in the world that a client will book with us.

How do you stand out in such a crowded marketplace?
We offer the same as other travel management companies in regards to 24/7 service, discounted fares, and deals in the marketplace. What makes us different is that we’re able to utilise our assets around the globe for deals that a lot of other people can’t get.

We are one of eight travel companies in Europe that are part of Virtuoso (a luxury travel network), so that puts us ahead of the game from a lot of our competitors. Also, for the touring side of life, we have a system called Mobile Messenger, which is a worldwide tool for groups of people travelling from different parts of the world who have all booked through us. We can track where each person is.

From an events management point of view, if you’ve got someone coming in for a show or if you’re waiting on a key member of staff, we can track, through GPS, where that person is. It may well be that they miss their flight, so we can contact them and say, “Ok, is there anything we can help you with?”

Alternatively, if you’ve got a number of people in Nice and suddenly there’s an ash cloud, instead of contacting people directly we can let them know there have been delays or cancellations to flights.

Presumably you must have an extensive network around the world?
The network is about relationships and affiliations with people. So you work with one hotel but as a small agent it’s very hard to knock on a big corporate door and say, “We can help you in regards to having the network in place”.

A big bonus for us is being part of ‘Virtuoso’. Suddenly hotels want to see you because the criteria for getting in to being a Virtuoso agent is quite high. So that does help put us on a level playing field with the likes of Centurion. People book through Centurion because they might get an upgrade or an additional amenities pack when they check-in, whereas we have that service already, but you don’t have to pay two-and-a-half grand per year to have one of our cards or spend over £200,000 a year to have the black card - we just give that as a normal service.

How would you describe the way your service caters to the business traveller community?
I think business travel is a game that is around service. We’re finding a lot of SME companies, maybe not spending enough to warrant a big account with AMEX for example, or BCD travel, but nevertheless they don't want to go into a general pool where they don’t know who they’re speaking too.

It’s about volume with business travel, unfortunately, so it’s very low yield in regards to cost because everyone wants to see a saving. With business travel we have a booking fee but then a lot of these bigger companies will have an agreement with an airline that if they win a contract, the airline will give them money – and sometimes it’s seven figures – and also charge the client a management fee and then charge them for phoning out-of-hours and things like that. We don’t target that market, we don’t really look at Coca-Cola, British Gas and Barclays. We go for the SME clients that want travel management services but also require a cost saving as well.

What can you tell us about the service you offer to yacht charterers and owners?
It’s very similar to what we offer to all our clients, certainly for the charter market. If we’ve got a client who wants to charter a yacht, we do everything from start to finish. Everything from the catering, making sure the yacht is suitable for the client and what those requirements are. Also it’s the case of everything from the beginning all the way through to the end. Their whole package has been dealt with by a central point.

If their flight has been delayed from the UK to Nice and then they’ve booked their transfer somewhere else then that passenger has to deal with all of that themselves, whereas if it’s all with us, we can see that it’s delayed so we let the transfer company know that the flight's delayed by two hours. We then let the captain know that they’re not going to be on board for three hours because of the delay. We can make arrangements to make the yacht re-positioned to another marina to make sure they can be picked up somewhere else.

The other thing with the owners is that obviously they want to go out and use their yachts. We would generally do the travel for them as well. Obviously some of the owners are wealthy enough, they have their own private jets, but a lot of people who have these products often charter on them themselves, whether it be a jet or a helicopter, they still want to make money on it because it’s a commercial business.

In terms of the facility for booking tickets and events, does that operate in the same way as a conventional concierge service?The events and hospitality side is really another vertical of what we offer. Our affiliation with Wembley Stadium is that we’re an official overseas travel agent with Wembley so we sell Wembley stadium products in conjunction with a flight or a hotel. So it’s a package more than anything else.

Likewise, we generally don’t want to sell theatre tickets to a client that doesn't want to book tickets, unless they’re booking a hotel with us. So if a client calls us and says, “I’m desperate to go see Mama Mia! on Broadway, but it’s booked out, can you help?” Then we would help because we’ve already got that relationship.

But if you found us randomly on the website, the chances are that unless we’re booking your travel or hotel, we wouldn’t book it because it’s not our market and we’re not a ticketing company. We’re not a concierge service. The concierge service side of it comes after you’ve booked a travel element.

How would you say the demands and expectations of luxury travellers has changed over the years?
You’ve got two elements. You have your luxury traveller, someone who is a CEO or an oligarch, someone who has an awful lot of money that wants the finer things in life. They don't look on a website, they have someone to do that for them. That hasn’t changed at all.

You then have your middle kind of luxury travel who likes luxury, but likes it on a budget. They will actually have become more intuitive with websites like onefinestay, luxury rentals and other luxury concierge companies.

We’ve seen a big rise in concierge companies who say they can take care of travel. This is the worrying part of the marketplace because in order to put together packages, you need to be licensed and there are lots of concierge companies that aren’t licensed that are breaching regulations.

Now the power of the internet that was born in 1985 made everyone a travel agent, unfortunately. The introduction of Skyscanner, and all these kind of screen-scrape websites that look at hotel deals, makes everyone think that they can do this themselves. In fairness, I encourage people to do that because more often than not mistakes happen and they come back to us to try and rectify it.

What are your plans for expansion over the coming years?
In four years we’ve gone from 0 to 7 million. That growth in itself is huge. If you’d said to me, “In two years you’re going to be doing 7 million,” I would’ve laughed. Now what we’d like to do is that we’ve got a big presence in the Middle East, we’ve got to look at getting an office in the Middle East for our Middle Eastern clients. The other clients we’ve got to look at for our Virtuoso affiliation would be the US, but I think when we look at emerging markets, obviously China is still there as normal. I’m more interested in – it’s going to sound very strange when I say this – but after all the stuff that’s gone on, in Iraq, Iran and Syria, once all that calms down and finishes, that’s going to be a very interesting market to look at because they’re going to want to get an awful lot of travel back there.