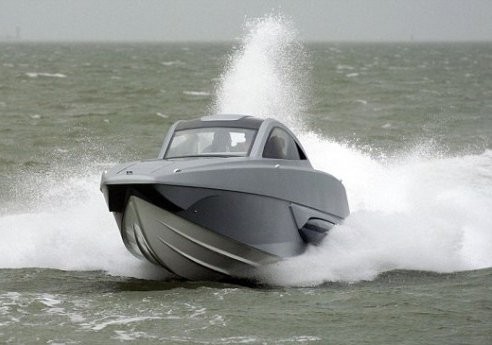 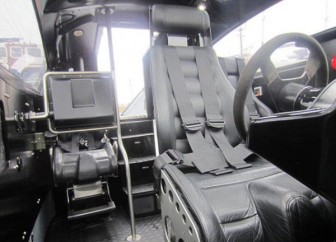 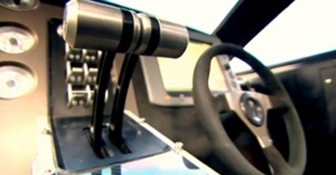 “Bugatti Veyron of the Seas” Sold at Auction

A futuristic, high-speed motorboat originally built for the British military and originally valued at £1.5 million, was sold at auction yesterday.

Developed by Hampshire manufacturers XSMG World for £7 million in 2006 with the ambition of designing the world’s fastest boat, the XSR Interceptor boasts a remarkable 1,600bhp and has a range of 1,000 miles.

Able to accommodate 12 passengers, the high-tech, 46-foot vessel – described as the “Bugatti Veyron of the seas” – is made of Kevlar and carbon fibre and is equipped with a remote controlled machine gun for the use of its military owners.

The cabin seats alone are said to have been built and fitted for the incredible price of £90,000, whilst onboard toilets cost a similarly eye-watering £7,000.

The super boat was one of 300 lots at the auction, including two incomplete boats that were being sold by its manufacturers XSMG World to recover money owed to HM Revenue and Customs.

After going under the hammer with no reserve, the XSR Interceptor fetched £170,000 at yesterday's auction.