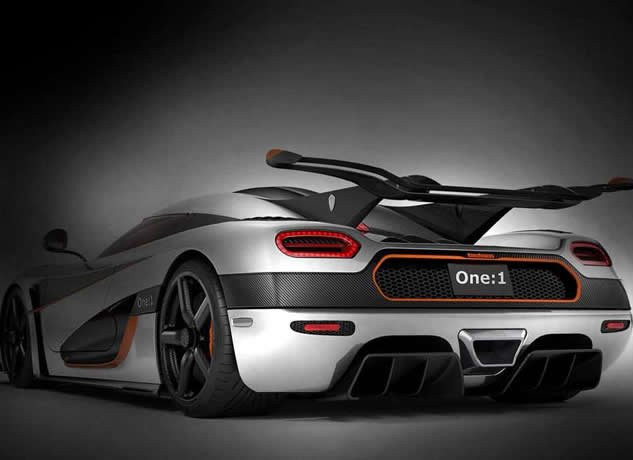 In recent years, the battle between Bugatti and Koenigsegg to claim the title of the world’s fastest car has been comparable with some of most famous rivalries of all time.

French manufacturer Bugatti have been the current official holders since the 2010 launch of the Bugatti Veyron Super Sport, but now their Swedish counterparts are battling back with a model that is tipped to overtake them.

The Koenigsegg One:1, which is set to debut at next month’s Geneva Motor Show in Switzerland, is expected to boast a top speed in excess of 450 km/h (279 mph) – making it the world’s fastest production car.

Ahead of its launch, Koenigsegg have released the first teaser image of the car, which takes its name from the fact that it will produce one horsepower for every kilogram of weight. The One:1 will tip the scales at 1,340 kg, meaning it will have an impressive 1340hp at its disposal.

The One:1’s potentially record breaking land speed will be achieved in part thanks to its large rear wing, which not only lends the car a distinctive appearance but also gives a significant boost to its downforce.

Only six examples will be built, with a price tag of $2 million each. According to industry rumours, all of the units have already been sold.