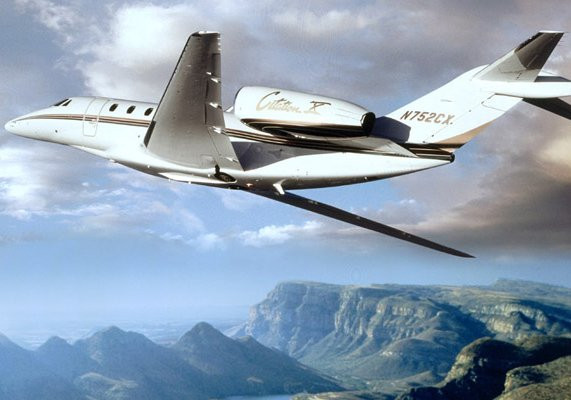 Travelling in your own private aircraft is extravagant enough, but how about adding an extra layer of luxury by flying in the world’s fastest private jet?

Aviation giants Cessna (who we recently interviewed at the China Rendezvous) are set to deliver their new Citation X model later this year and, having certified by the FAA at mach 0.935 (or 617 mph), it will instantly become the world’s fastest civilian aircraft.

Classified as a midsize jet, the Citation X, which will cost $22.95 million, boasts two Rolls-Royce engines that together generate an impressive 7,034 lbf of thrust.

The jet can accommodate up to 12 passengers and features a lavish cabin with state-of-the-art technology including touchscreen controls and Wi-Fi connectivity. The cabin can also be customised with a range of woods, metals and leathers.

Scott Ernest, CEO of Cessna, said: “It was true for [company founder] Clyde Cessna in 1927, and it’s true today. The Citation X is the perfect aircraft for customers wanting to move faster, be more efficient and get where they need to be more quickly than ever before.”

The Cessna aircraft company was founded in Kansas, US in 1927.