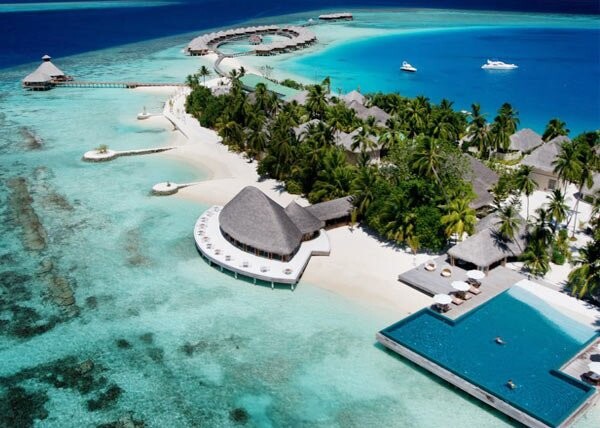 A luxury private island resort in the Maldives, home to what is claimed to be the world’s first underwater spa, is offering a new menu of wellness packages.

The ‘Lime’ spa at the Huvafen Fushi resort has added a range of new treatments with such motivational names as ‘Lose It, Tone It’, ‘Cellulite Therapy’ and ‘Stress Buster’.

The underwater treatment rooms, which took a year to construct, are made of a solid-cast resin to create an underwater structure that creates minimal interference with the region’s ecosystem

The spa also has above-water treatment rooms for those who prefer to be pampered above sea level.

Located in the North Malé atoll of the Maldives islands, a 30 minute speedboat ride from Malé International Airport, Huvafen Fushi opened in July 2004 and consists of a single island with 43 bungalows.