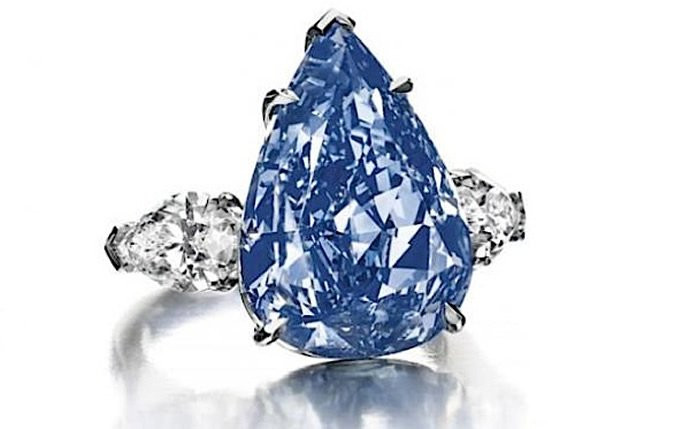 “World’s Largest Flawless Blue Diamond” to be Sold at Auction

A blue diamond said to be the largest and most flawless in the world is to be sold at a Geneva auction next month.

"The Blue", a sparkling 13.22 carats pear-shaped rock, also known as "blue perfection", is expected to fetch up to $25 million when it goes under the hammer at Christie’s “Magnificent Jewels” auction.

Owned by an anonymous private seller, the blue diamond will be amongst 250 pieces with an overall estimated value of up to $80 million to be sold at the prestigious jewellery auction.

Other notable pieces to feature in the sale will include a 76.51 carat pink diamond set necklace and a flawless colourless diamond.

The auction will take place at the Four Seasons Hotel des Bergue in Geneva on May 14th.

In November, the world's largest orange diamond, a 14.82-carat gem called "The Orange", was sold for $35.5 million, also at a Geneva auction.