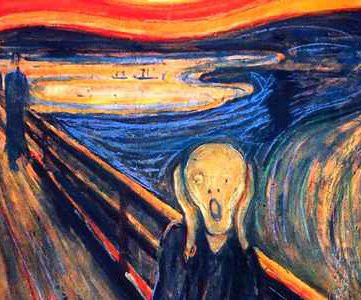 ‘The Scream' Sold for Nearly $120 million at Auction

A pastel version of the iconic painting 'The Scream' by Edvard Munch fetched nearly $120 million at a Sotheby's auction in New York earlier this week.

One of the highest ever prices paid for a work of art, the painting was bought by an anonymous telephone bidder for $119,922,500, including the premium paid to Sotheby's. The price was reached after just 12 minutes of bidding.

It was sold by Norwegian businessman Petter Olsen, whose father was a friend and patron of the painting’s artist, Edvard Munch. Proceeds of the sale will fund a new museum, art centre and hotel in Hvitsten, Norway, where Olsen's father and Munch were neighbours.

The version of "The Scream" sold in New York is one of four – two pastels and two paintings – executed between 1893 and 1910. It was also the only version of the four to be made available at a public auction.

Often referred to as "the portrait of a soul”, the painting depicts a distorted human figure – with hands flat against its sunken face, eyes and mouth wide open – in the foreground of a nightmarish landscape.

It is one of only a handful of pieces that have crossed over from the world of high art to popular culture, and has inspired film references, including the knife-wielding villain of the ‘Scream’ slasher movies to a famous scene in ‘Home Alone’, where child star Macauley Culkin imitated the painting's famous pose.

The painting joins a select group of works that have sold for more than $100m, including ‘Picasso's Nude’, ‘Green Leaves’, and ‘Bust’.