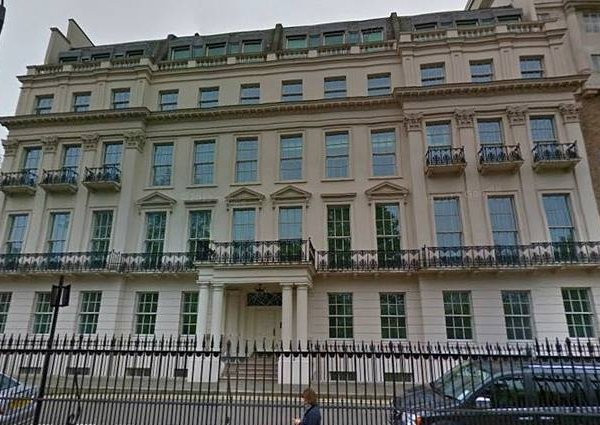 £300 Million Home For Sale in London

The property market in London has famously sky-rocketed in recent years, but a 45-bedroom palace currently for sale in Central London is dwarfing anything that has come before.

Located in the ultra-affluent west London district of Knightsbridge, close to Harrods department store and overlooking Hyde Park, the property is on the market priced at £300 million – making it the most expensive home ever marketed in Britain.

According to reports, the 60,000 square foot residence has been offered to an elite list of prospective clients from around the world.

Constructed as four separate family properties before being converted into one, the residence features a swimming pool, industrial-sized kitchen, lifts and underground parking.

Whilst precise specifications have not been released, the property’s interior is said to be fitted out with gold leaf whilst the windows facing the park are made of bullet-proof glass.

Property consultant Charles McDowell told the Financial Times: “It is a truly rarefied property on the market and whoever buys it is going to pay a lot of premium for the unusual size in that location.”

The mansion was previously owned by former Lebanese prime minister Rafiq Hariri, a billionaire tycoon who was assassinated in Beirut in 2005, before being passed on to crown prince of Saudi Arabia Sultan bin Abdulaziz, who died last October.