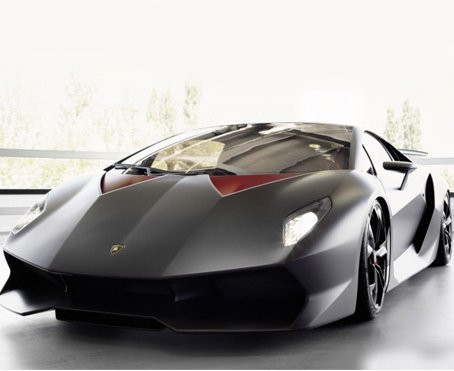 "Lightest Lamborghini Ever" to Enter Production

After its unveiling as a concept model back in 2010, the Lamborghini Sesto Elemento is set to finally enter production in a limited run of 20, and for track use only, the Italian sports car maker has announced.

Weighing just 999kg, the two-seater high-performance car is billed as the lightest Lamborghini ever produced, but with no compromise on power, boasting as it does the same fearsome V10 engine as the Lamborghini Gallardo LP570-4 Superleggera.

The can will feature a futuristic interior, requiring the seat shape and positioning to be individually tailored to each owner.

Production of the Sesto Elemento is expected to commence later this year, with each car likely to have a price tag of around $2 million.

The Sesto Elemento's name is a reference to the atomic number of carbon, in recognition of the car's extensive use of carbon fibre.

Lamborghini was founded by manufacturing magnate Ferruccio Lamborghini in 1963.