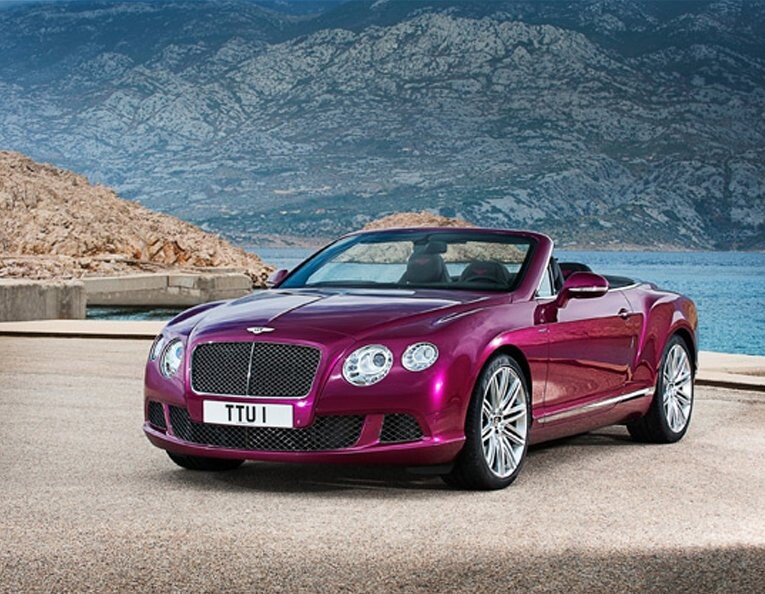 The new Bentley Continental GT Speed Convertible - billed as the world’s fastest four-seat convertible - is set to make its international debut this month at the North American International Auto Show in Detroit, Michigan.

The augmented GT Speed has a top speed of 202 mph (325 km/h) thanks to its twin-turbocharged 6.0 litre W12 engine that delivers a stunning performance of 616 bhp.

As well as enhanced performance, an eight-speed automatic gearbox helps to improve fuel economy by 15 per cent compared with its GT Speed predecessor.

Notable sporting design features include 21-inch alloy wheels, dark-tint grilles and ‘rifled’ exhaust tail pipes, whilst inside its handcrafted cabin, the car comes with the Mulliner Driving Specification as standard.

Bentley Chairman and Chief Executive, Dr Wolfgang Schreiber, said: “Following the recent successful introduction of the GT Speed, the new GT Speed Convertible will appeal to drivers who seek the sensory thrills of the world’s fastest four-seat soft-top and the practicality of a year-round grand tourer, together with unrivalled levels of luxury and refinement.

“It is designed for those who accept no compromise.”

The North American International Auto Show will run from January 14-27.