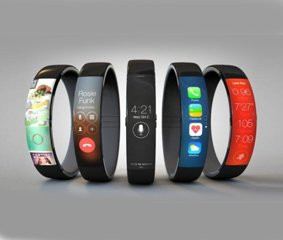 Apple Could Launch iWatch by Close of 2014

It has long been swirling around the rumour mill but if reports are to be believed the watch world is edging tantalisingly close to the launch of the first Apple iWatch.

According to an article in the Financial Times published earlier this week, the debut iWatch could be released as soon as October, with Apple expected to produce three to five million units per month.

Apple have been hugely secretive when it comes to details about the iWatch, but it is expected that it will essentially be a Bluetooth-enabled smartwatch that could also work as a mobile phone. Word among industry insiders is that it will integrate a curved OLED screen that displays messages sent by smartphones.

The Financial Times piece also claimed that Apple are looking to poach staff from big-name watch companies to facilitate their expansion into the watch industry segment.

While Apple’s first iWatch will inevitably cause great excitement, it will not be the first smartwatch ever created. Both the “Pebble” e-paper watch and the “I’m watch”, amongst others, have already been developed and some have questioned whether Apple would be capable of trumping what they have achieved.

Founded in California in 1976, Apple has grown to become the world’s biggest and most successful technology company.