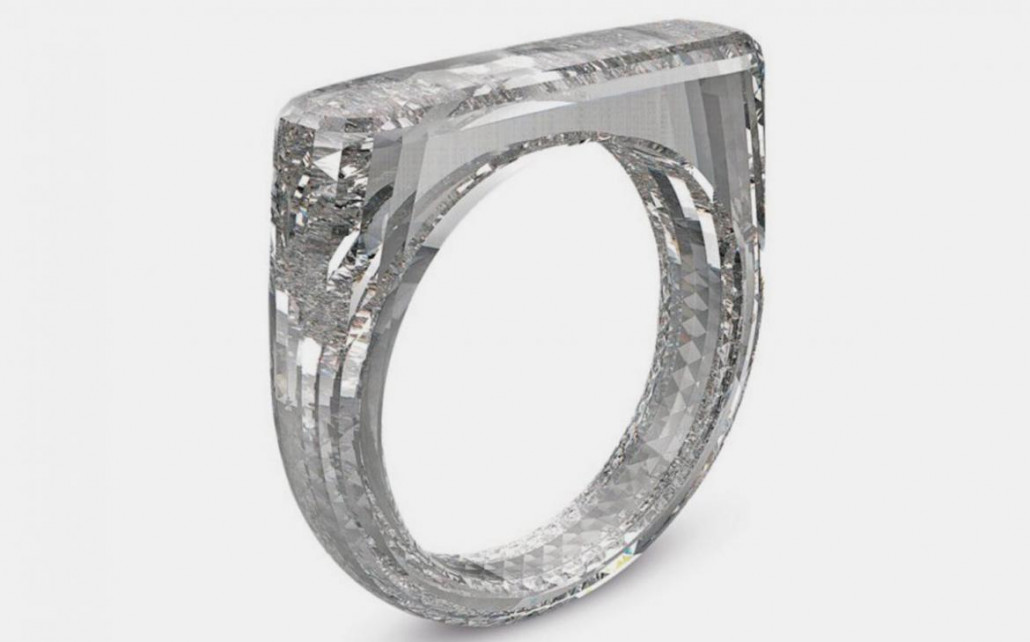 Already one of the biggest names in the design industry, Apple bigwig Jonathan Ive has diversified into the realm of luxury jewellery with the creation of an exclusive diamond ring.

The British-born designer of the likes of the iPod, iMac, MacBook Air, iPhone and iPad has teamed up with acclaimed industrial designer, Marc Newson, to create the glittering trinket event to raise funds to eradicate HIV/AIDS in Africa.

Said to be inspired by the unibody design of the MacBook, the premium diamond ring is cut out of a single diamond block with some of its facets measuring as small as several hundred micrometres.

The interior portion of the ring is cut and smoothened using a micrometer thick water jet with a laser beam and will showcase between 2000-3000 facets.

The ring will be sold at an upcoming Sotheby's auction and will be custom made to fit the buyer up to a size 5.

It is not the first time Ive and Newson have collaborated. Previously they have created several pieces together such as an aluminium clad work desk, a retro-looking Leica camera and a one-of-a-kind MacBook Pro in red, each of which were sold for millions of dollars.