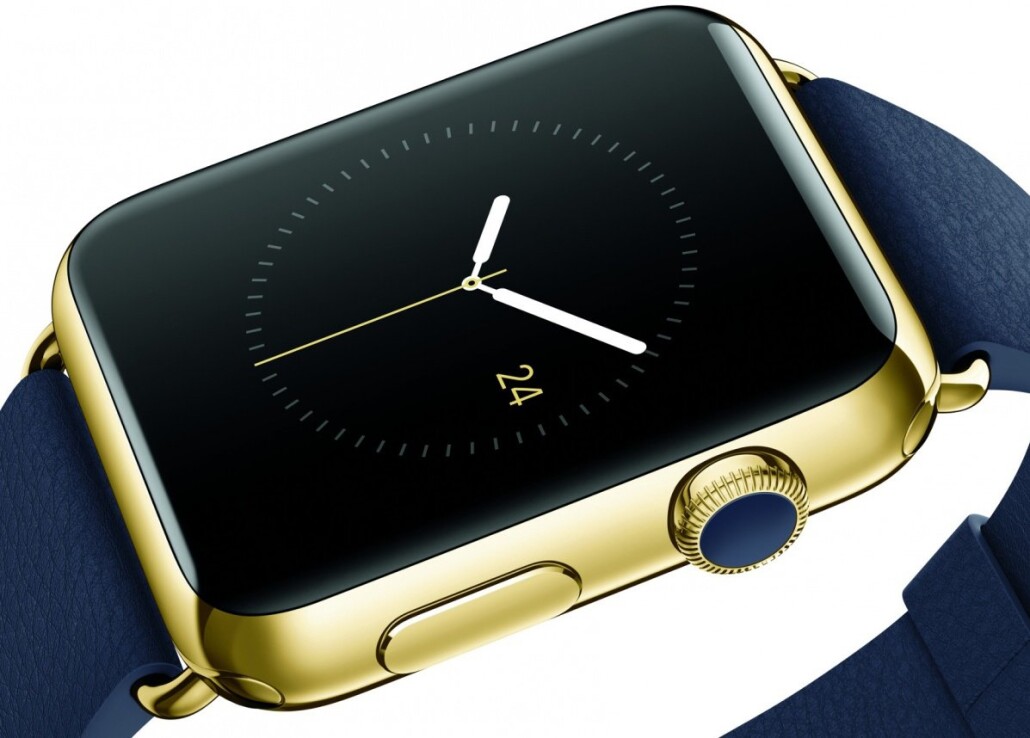 Technology giants Apple have unveiled the luxury version of their eagerly awaited smartwatch, featuring 18-carat gold casing and priced at an eye-popping $10,000.

The Apple Watch Edition was one of three models launched at a press event in San Francisco yesterday, along with the Apple Watch Sport and Apple Watch, and is aimed at the highly lucrative luxury segment of global watch buyers.

Built with removable straps that can be attached to future versions, the Apple Watch Edition, which feature the same components as the standard models, is the latest effort by Apple to reposition themselves as a technology based luxury brand.

Over the past year, the company has hired a number of prominent figures from the fashion world, including Angela Ahrendts from Burberry and Yves Saint Laurent chief Paul Deneve, as it strives to reach luxury and fashion consumers.

At the unveiling, Apple demonstrated many of the features and functions available on each of its wrist-worn devices, including using them as a means to open a compatible hotel room lock as an alternative to a key card, checking the name of a song via the app Shazam and opening an internet-connected garage door remotely.

Apple also said that smartwatches could be used to make touchless payments and receive phone calls.

Industry experts have predicted that wearable technology could be worth $30 billion by 2018.