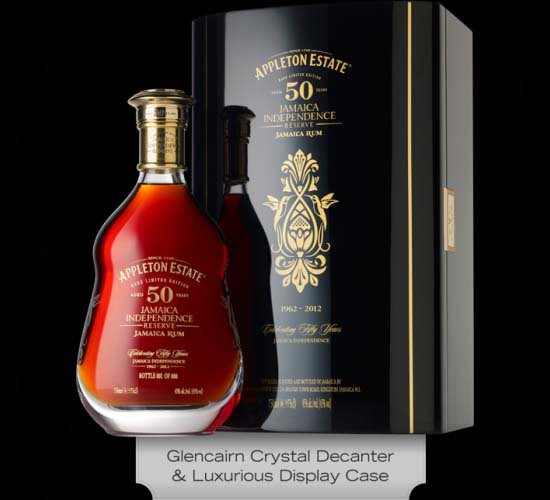 Jamaican distillery Appleton Estate has created what is billed as the world’s oldest barrel aged rum to mark the 50th anniversary of Jamaican Independence.

The hand-blended rum has been produced from a blend of rums carefully aged in American oak barrels for half-a-century. Each barrel was set down 50 years ago with the intention of using it to mark the country’s 50th anniversary of Independence.

A deep mahogany sipping rum, it is said to boast powerful notes of cinnamon, toasted oak, almond, maple and vanilla combined with a hint of orange peel – the latter being a hallmark of all Appleton Estate Jamaican Rum.

Each bottle of the limited edition commemorative rum is priced at $4,520.

The Appleton Estate has been producing rum in Jamaica since 1749.