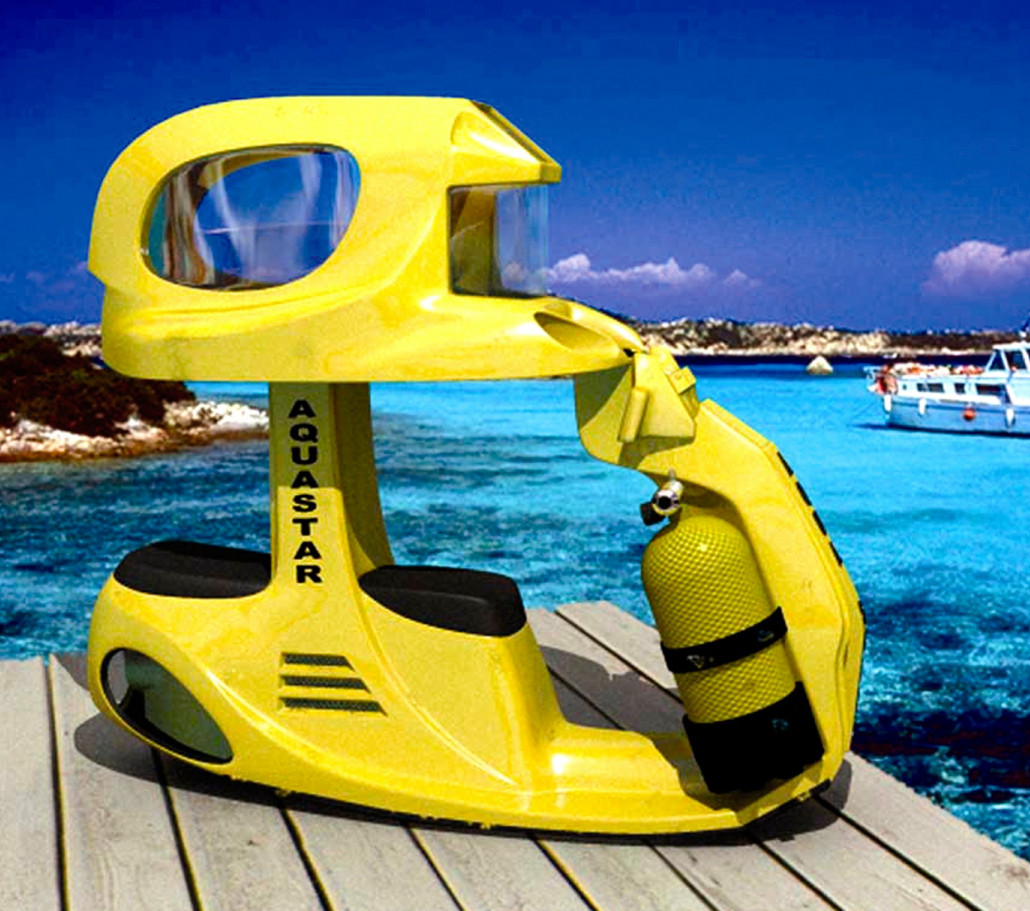 The AS-2 Scooter from Aqua Star USA is the latest high tech, underwater scooter to hit the marine leisure market.

Building upon the success of the single seat AS1 model, the new version – which costs $15,900 – can seat two people at a time and features an improved helmet which allows the user to have a 99% distortion-free view of the ocean.

Aimed at superyacht owners, diving enthusiasts and operators, and the marine leisure industry in general, the scooter is also both lighter and faster than its predecessor, allowing users to travel further without renewed air supply or a battery recharge.

Aqua Star claims the AS2 is perfectly suited for couples to explore underwater wonders in a safe environment. Both riders are free to dismount, swim around and climb back aboard at any time.

Each scooter is powered by two electric motors – one for forward movement and another for vertical movement. The motors run by a rechargeable battery lasting up to 2.5 hours.

Aqua Star says that no diving certification or experience is needed, and that the controls can be mastered with just a few minute’s training. The controls operate similarly to a standard motorbike, with handlebars for direction and batons for speed and depth. Pressure and depth gauges are provided on the control bar.