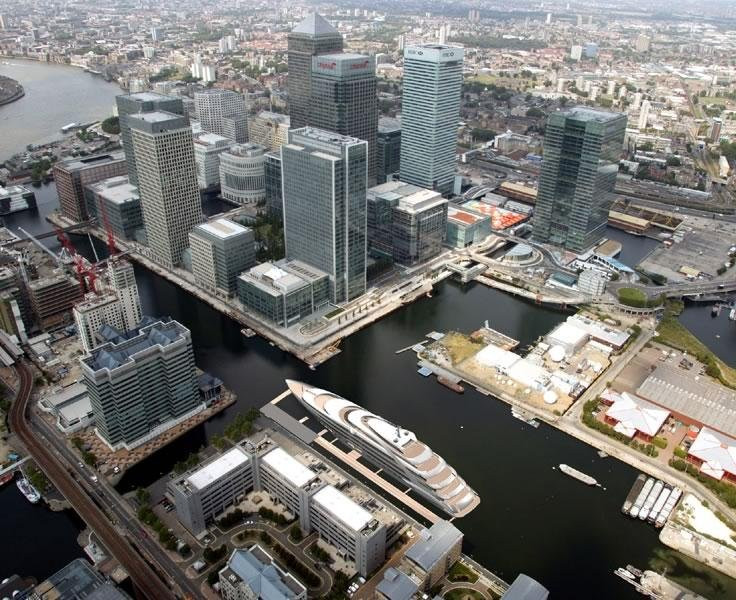 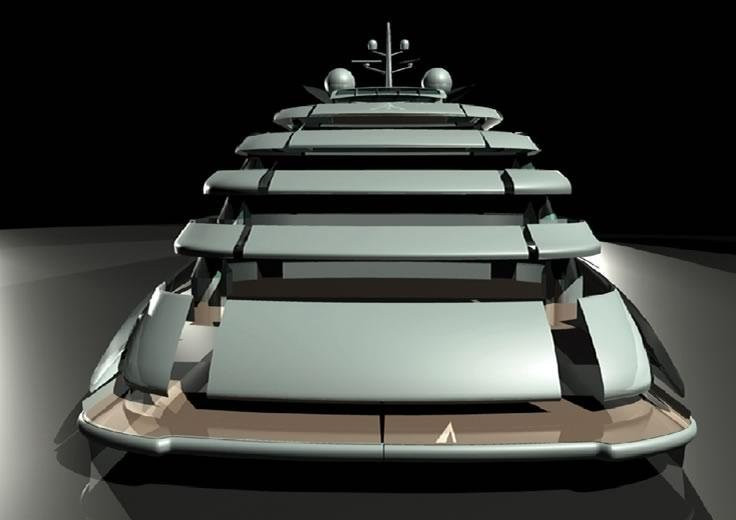 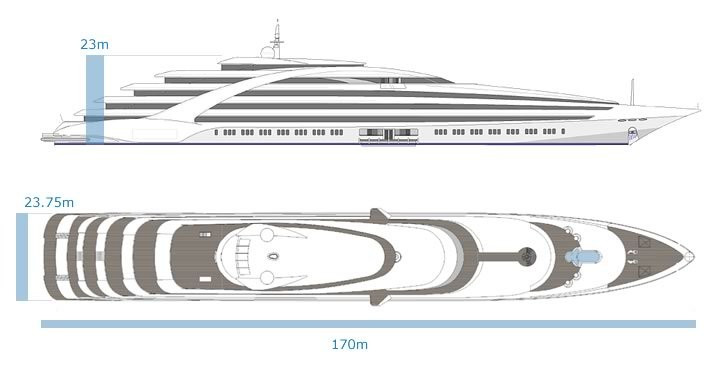 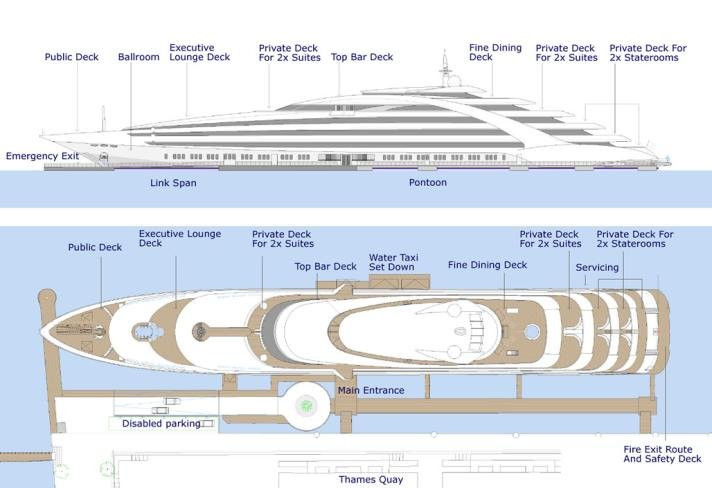 Superyacht owners of the world may have something to say about the new Aquiva floating hotel; even though it will never truly set sail it is set to become the world’s largest yacht.

The Aquiva has been designed to accommodate 300 guests, giving them the opportunity to sample a taste of the megayacht lifestyle from the South Dock of Canary Wharf.

Unlike traditional vessels, the hotel will feature 158 large luxurious staterooms and suites as well as a range of airy public spaces.

It will also house meeting rooms, a ballroom, state-of-the art spa, gym and pool, a private business club, dining and entertainment opportunities, and a celebrity chef restaurant and bar on the top deck.

Instead of the standard captain’s bridge, the seven-deck Aquiva will feature a presidential suite, although the customary sun decks and Jacuzzis will be present in all their luxurious glory.

Guests will arrive at the hotel via a water shuttle service from the West India dockside and be transported to and from Canary Wharf, a variety of Thames-side sites and selected Olympic locations via a fleet of Venetian-style water taxis.

The hotel is being constructed in Dubai and follows in the footsteps of the QE2 which was last year decommissioned as a cruise ship and refitted as a luxury hotel to anchor of the coast of one of Dubai’s artificial islands.

It is believed the design of the hotel is inspired by Dubai’s sail-shaped Burj Hotel, one of the world’s most luxurious.

Future plans for the dockside area surrounding the hotel include the development of a Dubai-style archipelago that will feature artificial islands, yacht moorings, waterfront cafes, beaches, nature reserves and parkland.

The Aquiva is the first in a planned chain of yacht hotels by property developer Khalid Al-Ghurair, the London hotel’s main backer.

"The Aquiva will accommodate 300 guests, giving them the opportunity to taste the megayacht lifestyle."

"The Aquiva will accommodate 300 guests, giving them the opportunity to taste the megayacht lifestyle."