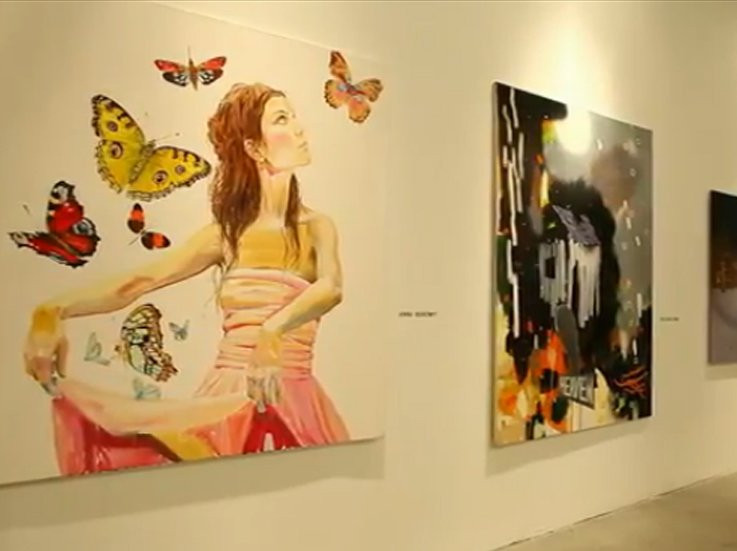 The second edition of the Art Wynwood fair takes place in Miami, Florida next week, with a total of 70 international galleries plus tens of thousands of visitors set to attend the eagerly awaited event.

Last year the inaugural edition of the fair attracted more than 60,000 visitors during its five-day run, and this year’s offering is billed as even bigger and better yet.

Taking place in the vast Art Miami Pavilion in mid-town Miami, the event will showcase a diverse range of talent from more than 13 countries around the globe, including both emerging and established artists.

Amongst the works on display will be street art, murals, pop surrealism and other genres from the contemporary underground movement.

A stand-out attraction is likely to be a striking wrap around installation suspended above the VIP Lounge by famed artist Jesse Geller courtesy of Goldman Properties, created in honour of the late real estate mogul Tony Goldman, who helped establish Art Wynwood before his death in September.

Nick Korniloff, Fair Director and Partner of Art Wynwood, said: “We are honoured to be dedicating this year’s Art Wynwood fair to the late Tony Goldman, who was so instrumental in the launch of Art Wynwood.

“We have received an incredibly positive response from those who visited and participated in the inaugural edition of Art Wynwood, last year.

As has become custom, Art Wynwood 2013 will once again coincide with the 25th edition of the Miami Yacht Show, which takes place less than five miles from the Art Miami Pavilion and transforms Collins Avenue into a multimillion-dollar catwalk of luxury yachts.