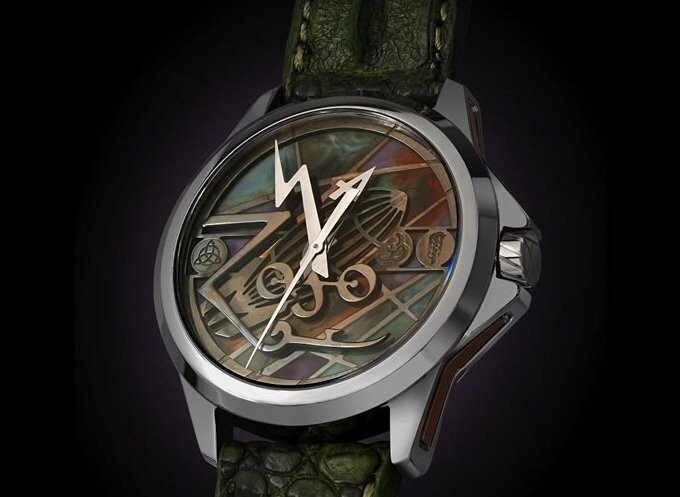 The Led Zeppelin watch is themed around the cover art of the band’s fourth (untitled) album, with a depiction of an actual Zeppelin airship and four symbols representing the four members of the band.

The case is made from 316L stainless steel and measures 42mm, while a black alligator strap trails along the elaborate face.

The ArtyA & Kerbedanz Led Zeppelin timepiece is priced at $17,200.