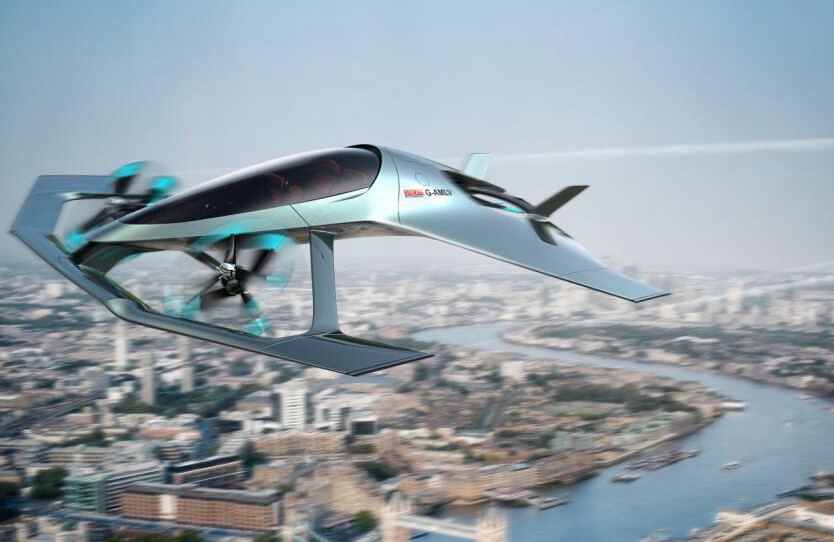 The 2018 Farnborough Air Show is currently taking place in the UK, giving the aviation industry the chance to showcase their very latest innovations.

Among the display of aircrafts and accessories has been an eye-catching concept by British automakers Aston Martin, that is being billed as a half car-half flying drone.

The car-sized vehicle has a horizontally mounted turbo-prop positioned at the back, while a Y-shaped wing at the front has two pairs of propellers that can both tilt and rotate.

Unsurprisingly given its makers, luxury and style haven’t been forgotten and the aircraft has a sleek visual appearance that catches the eye.

It is made from lightweight carbon fibre in order to make it as light as possible and the company claims it will have a top speed of 200mph. The concept also has a large glass cockpit canopy on which all the data including navigation details will be displayed

Aston Martin has said that if it ever came to market, the aircraft would be priced somewhere between $3 million to $5 million.

The concept will be on display at the Farnborough Air Show until 22 July.