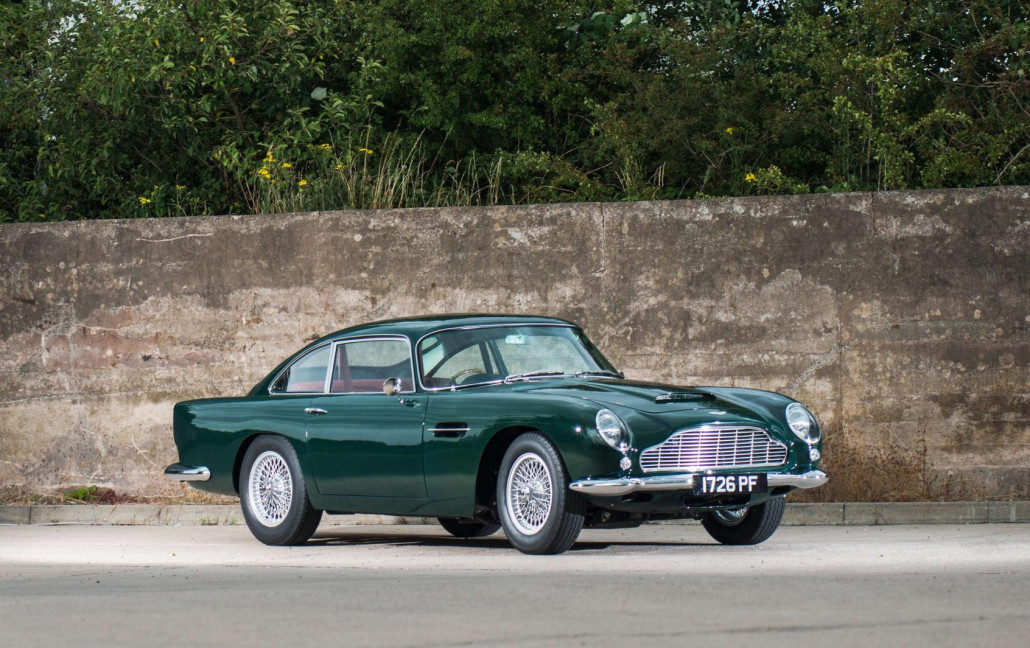 The star of the show at Silverstone Auctions’ Salon Privé sale held at Blenheim Palace next month will be an exceedingly rare Aston Martin.

Presented in immaculate condition, the 1963 Aston Martin DB4 Series V Vantage will command a guide price of £675,000 - £775,000 and will be the headline lot in an auction of over 60 exceptional, handpicked modern and classic cars

Finished in its original Goodwood Green paint and red leather interior, the striking Aston Martin is believed to be one of only 50 cars built in this specification, and one of only three Series V Vantages to be built with an automatic ‘Borg Warner’ gearbox.

The car was recently restored to fast-road specification by specialist Aston Martin race preparers, during which it was fitted with a four-speed David Brown manual gearbox with overdrive, along with a full handling kit comprising springs, roll bars and Koni dampers.

Operations Manager and Classic Car Consignor, Harry Whale, said: “We are very excited to offer this DB4 Series V Vantage, which incorporates an intoxicating blend of extraordinary provenance and history, along with an unrivalled driving experience.

“It’s a stunning example of the DB4 Series V Vantage and a car to cherish for years to come. Next month’s sale epitomises what we can do here at Silverstone Auctions - offering a quality, eclectic mix of exciting cars.”

Aston Martin produced the DB4 from October 1958 to June 1963 and in that time made five ‘Series’ variants of shape and specification. The later Series V models were built between September 1962 and June 1963 and had a longer wheelbase (3.5-feet), creating increased legroom and space for luggage, making them popular grand touring machines.