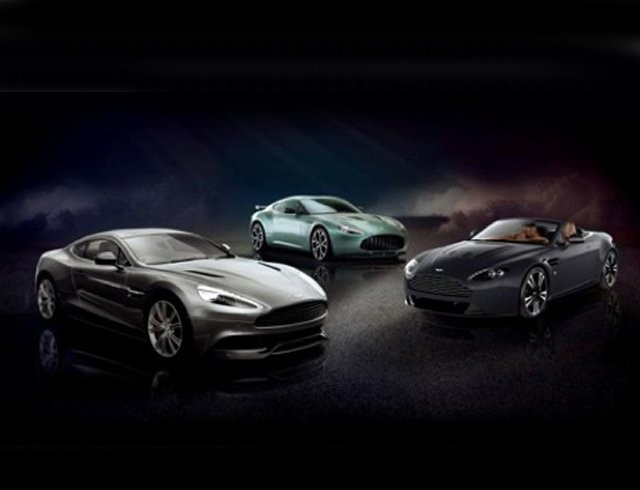 British sports car brand Aston Martin is taking three of its cars on a European tour over the next three months, with stop offs in a total of 27 cities across 9 countries.

The tour, which will feature an Aston Martin Vanquish, a V12 Zagato and a V12 Vantage Roadster, has been dubbed “Power, Beauty, Soul” and will stop off at Aston Martin dealerships along the route, with several exclusive customer events also being promised.

Representing “Power” is the Aston Martin Vanquish, a Super GT car boasting a 6.0-liter V-12 engine with an output of 565 horsepower.

“Beauty” is portrayed by the V12 Zagato, created to honour the 50th anniversary of the original Zagato-bodied Aston Martin DB4 GT Zagato.

Finally, the Soul of Aston Martin is shown by the V12 Vantage Roadster, complete with its 510 horsepower.

The tour will begin in Dusseldorf, Germany on 24th August and will travel through Germany, Switzerland, Italy, France, Monaco, Holland, Austria and Belgium before finishing in Lyon, France on 19th October.