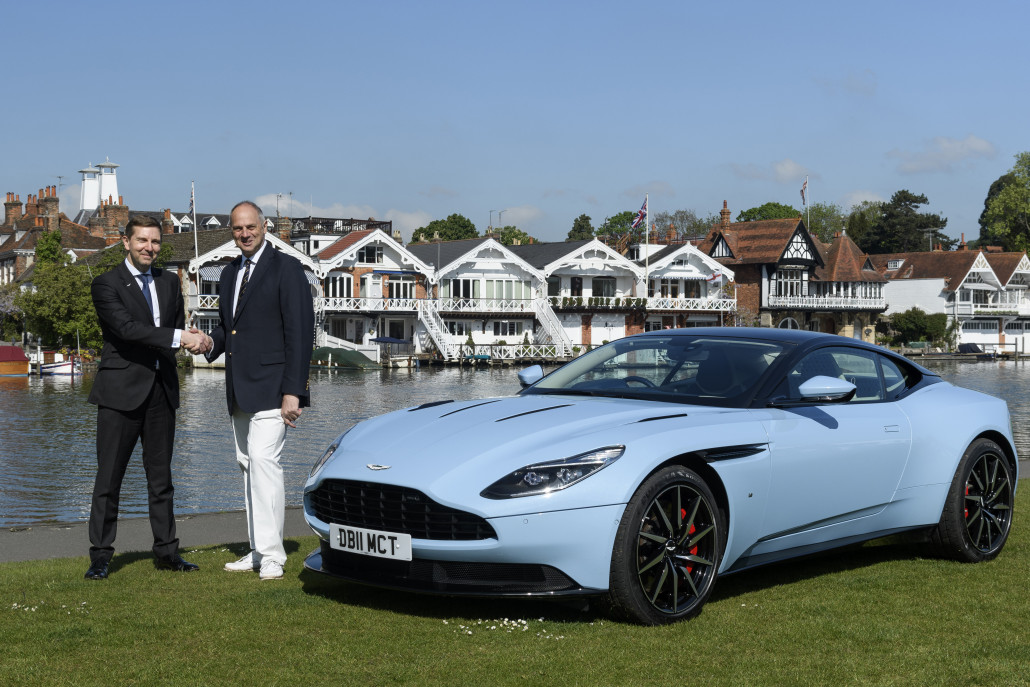 One of the world’s most prestigious and long-standing sporting fixtures, Henley Royal Regatta has had numerous associations with luxury brands over the years, but never before has it had an official automotive partner – until now.

Luxury British carmakers Aston Martin have been announced, along with watchmakers Bremont and clothing label Hackett London, as one of the first three official partners of the iconic rowing event, which has become a mainstay of the British summer social scene.

Aston Marin will showcase its range of acclaimed sports cars during the five-day Regatta as well as providing transport for key officials and VIP guests, providing ample demonstration of contemporary sporting luxury.

Sir Steve Redgrave, Chairman of the Regatta’s Committee of Management, said: “The Stewards have always sought to retain the unique charm and character of the event and these partnerships will work in a mutually beneficial way without overtly commercialising the event.”

Simon Sproule, Aston Martin Vice President and Chief Marketing Officer, added: “Aston Martin is an iconic marque of unrivalled heritage, so a partnership with an equally iconic event such as Henley Royal Regatta is a natural fit. We are delighted to be one of the first partners to be associated with an event that is at the heart of the British sporting calendar.”

Henley Royal Regatta was founded in 1839 and is held under the patronage of the ruling monarch. More than 300,000 spectators attend the Regatta each year, lining both banks of the river at Henley-on-Thames to witness crews from around the world at close quarters as they race the renowned Course.