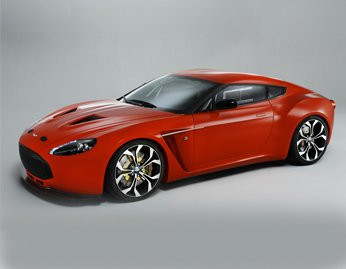 The modern interpretation of the iconic DB4GT Zagato was launched at the Villa D’Este Concours event – a lavish annual showcase for the world’s best classic cars.

At the event the car won the Concorso d’Eleganza Design Award for Concept Cars and Prototypes.

The launch commemorates the 50th anniversary of Aston Martin's first collaboration with Zagato design house, and is set to be produced as a limited edition, both in road-going form and as a race car.

Dr Ulrich Bez, CEO of Aston Martin, said: “We are thrilled to see that this car conquered people’s hearts.

"With the V12 Zagato we managed to add just another successful chapter both to the history of Aston Martin and the future of our brand.

"This is an exciting car, powerful and incredibly beautiful.”

The coupe adopts a number of classic Zagato features, including a large open grille, distinctive vents in the front fenders, a double-bubble roof and a heavily sloping rear end bookmarked by triangular-shaped taillamps.

Director of Design, Marek Reichman, added: "The V12 Zagato is an elegant yet brutal design which reflects the great balance between race performance and pure Aston Martin style.

“The original DB4GT Zagato was a true icon, powerful and graceful; the new design is a true representation of the spirit of DB4GT Zagato. The muscular organic forms define the thoroughbred nature of the car’s racing credentials."

The racing version is set to make its debut at the Nürburgring four-hour race in Germany, where it will include lightly modified bodywork, a stripped-out interior and a towering rear wing.

Following that race, the British car brand plan to unleash two models on the Nürburgring 24-hour race in late June. The cars will be driven by an experienced team, led for the sixth year by CEO Dr. Ulrich Bez.