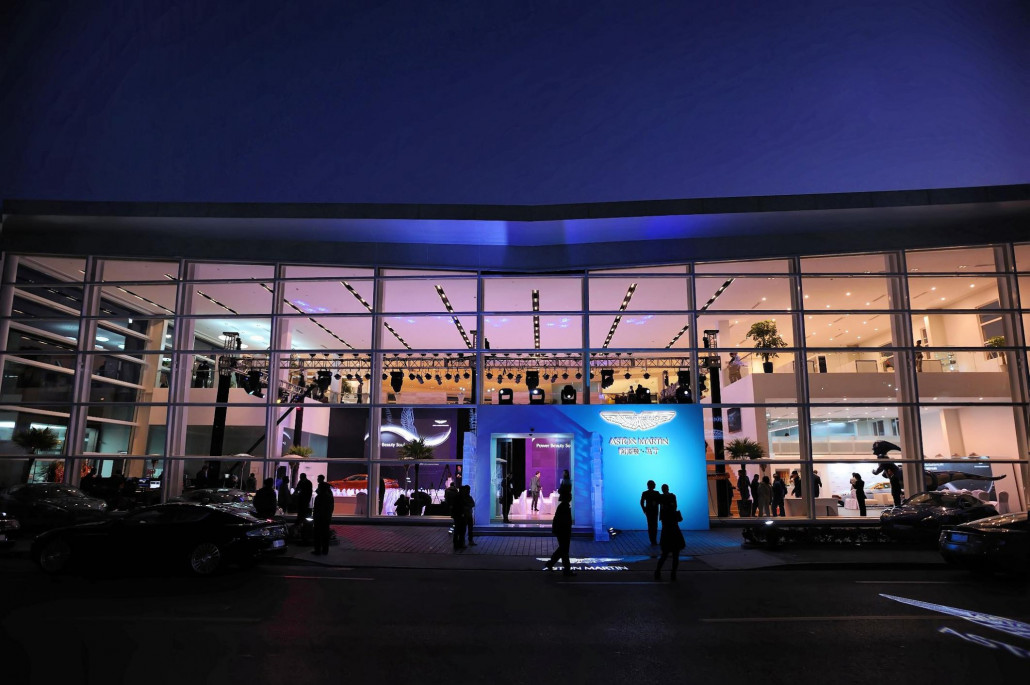 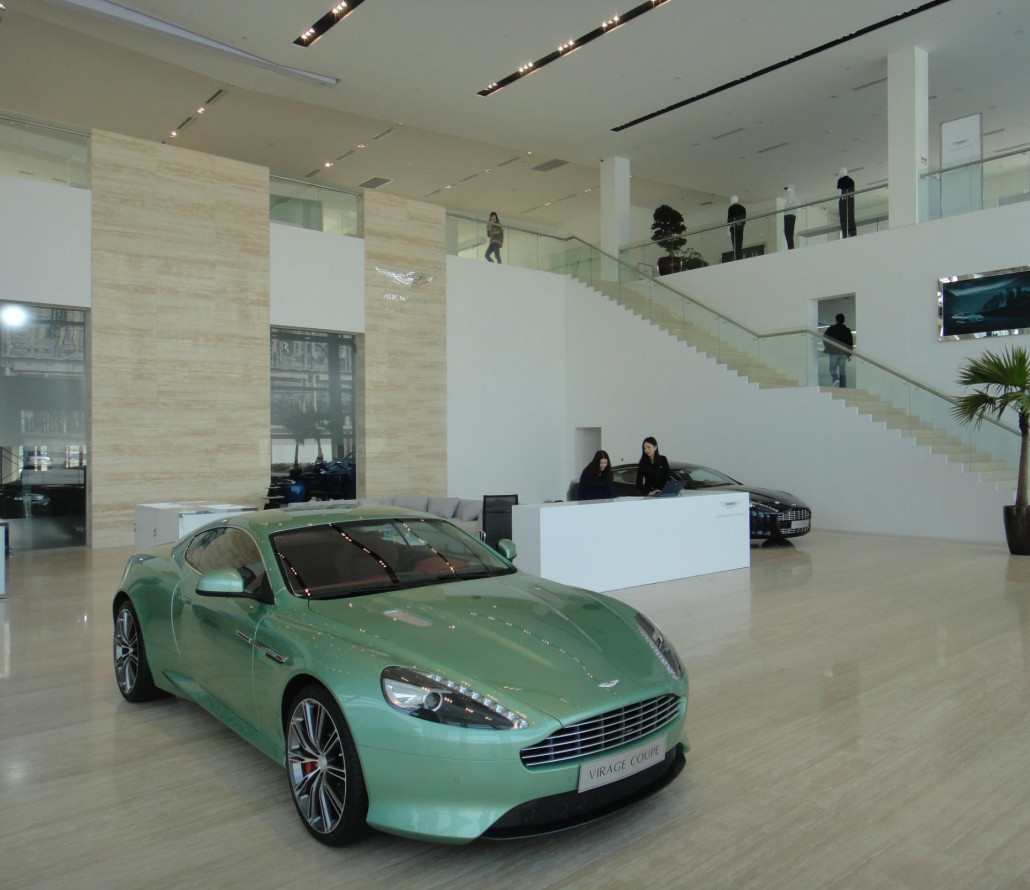 Located in the Pudong district of Shanghai, it is Aston Martin’s largest flagship showroom, with space for up to 18 cars, plus a café, lounge, merchandise display, sales area and fully equipped service centre.

The space, which is Aston Martin’s seventh dealership in China, is also being used to showcase timepieces by luxury watch brand Jaeger-LeCoultre and Bang & Olufsen audio/visual displays.

Dr Matthew Bennett, Aston Martin’s Asia Pacific Regional Director, said: “This wonderful new dealership sets the benchmark for luxury car showrooms across Asia and the experience each and every visitor should expect.

Sales for Aston Martin in China in 2011 were up 103 per cent from the previous year, and Dr Bennett believes the new showroom will help consolidate these figures.

He added: “With our existing China network of experienced Aston Martin dealerships, further future growth earmarked across the coming year and a number of exciting product developments to be announced during 2012, our China business is expected to continue growing strongly.”

Amongst the Aston Martin cars on display in the new showroom are the One-77 supercar, the Vantage, the Virage, the DB9, the DBS and the four-door Rapide. They will soon be joined by the V12 Zagato, which was recently confirmed for limited production.

After initially entering the China market in 2008, Aston Martin now has dealerships in Beijing, Chengdu, Hangzhou, Shanghai, Guangzhou and Shenzhen. Showrooms will open shortly in Chongqing, Shenyang and Ordos with further expansion planned during 2012.