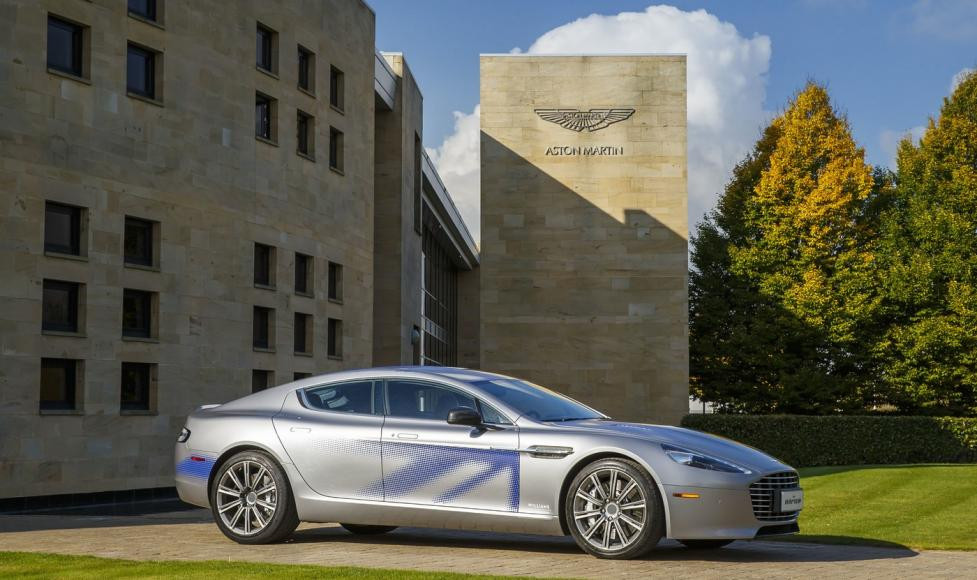 Iconic British carmakers Aston Martin have revealed images and specifications of their first ever all-electric model, called the Rapid E.

Developed in partnership with Williams Advanced Engineering, a company that used to design and assemble batteries for Formula E cars, the battery-electric Rapid E will come in an exclusive limited edition range of 155 units.

As for technical details, it will be powered by an 800-volt battery system with 65kWh capacity, using over 5,600 lithium-ion 18650 format cylindrical cells.

The battery pack, which will be located where the original V12 motor resides along with the space for gearbox and fuel tank, will power two rear-mounted motors producing a combined target output of just over 610PS and 950Nm of torque.

According to its makers, the Rapide E will have a top speed of 155 mph, with a sub-4-second 0–60 mph time, and its makers claim these figures will be possible even when the batteries aren’t fully charged.

The Rapid E will be produced at Aston Martin’s s St. Athan production facility in South Wales, which has been dubbed the future “Home of Electrification”.