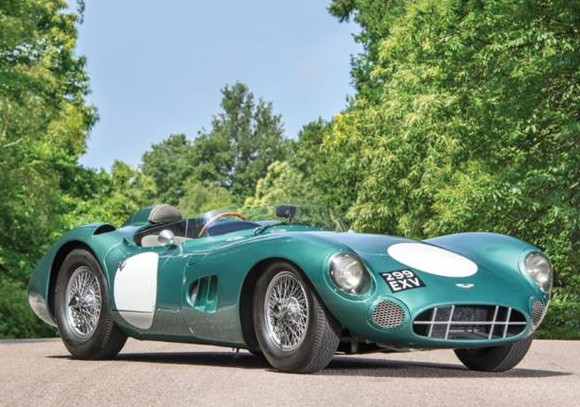 The 1956 Aston Martin DBR1, chassis 1, widely considered the most important Aston Martin ever produced, fetched an eye-popping $22.5 million, making it the most valuable British automobile ever sold at auction.

The historic price comes just a year after the benchmark was established at the equivalent sale in 2016 with the $21.8 million 1955 Jaguar D-Type. Two bidders competed for the Aston Martin before a private collector bidding by telephone secured his prize.

The first of just five examples built by the factory between 1956 and 1958, the car come with a distinguished a racing history that includes victory at the 1959 Nürburgring 1000 KM. It is the only DB1 ever offered for public sale.

Other highlights from the auction included the 1959 Aston Martin DB4GT Prototype which fetched $6,7 million, as well as the highly competitive 2006 Aston Martin DBR9, which soared past its pre-sale estimate to achieve a final price of $616,000.

In total the auction generated sales of over $60 million. The auction continues Saturday, 19 August at the Portola Hotel & Spa, led by the presentation of the single-owner Ferrari Performance Collection, offered entirely without reserve.

The first ever Aston Martin DBR1 was launched in 1956,