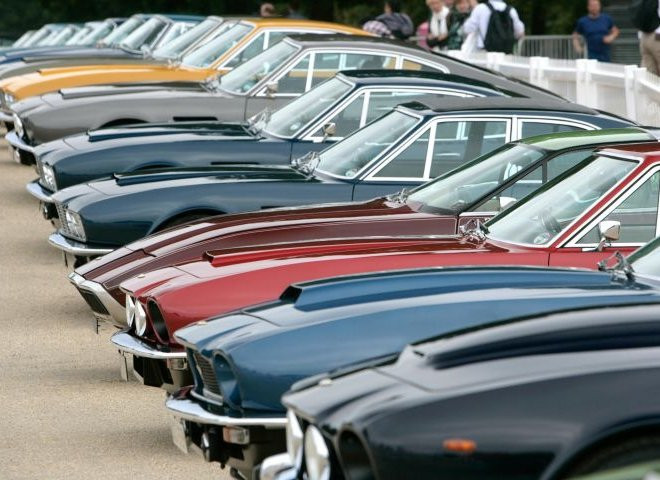 An impressive 550 Aston Martin cars, represented by every significant road car the British brand has ever produced, took part in the event, which was attended by over 50,000 car enthusiasts.

Amongst the display was a range of themed exhibitions, including several on the James Bond movie franchise, which has been closely associated with Aston Martin over the years, with several models appearing in the films.

Some of the stand-out Astons on show included the ‘A3′ – the oldest surviving Aston Martin – as well as the Vanquish Volante, Vanquish Centenary Edition and V12 Vantage S.

Moreover, the CC100 Speedster Concept, which made its debut at the 2013 24 Hours of Nürburgring rally was also on show alongside many of Aston Martin’s most historic race cars.