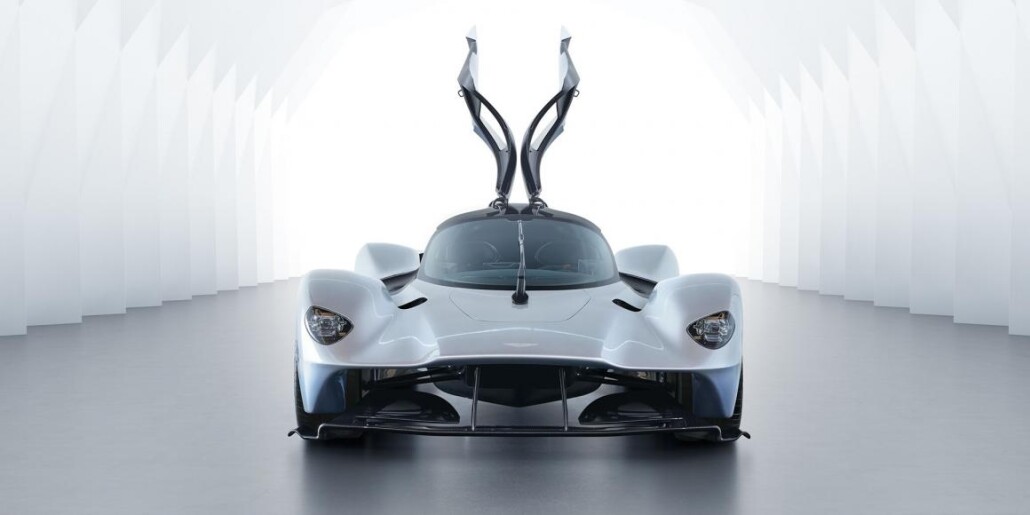 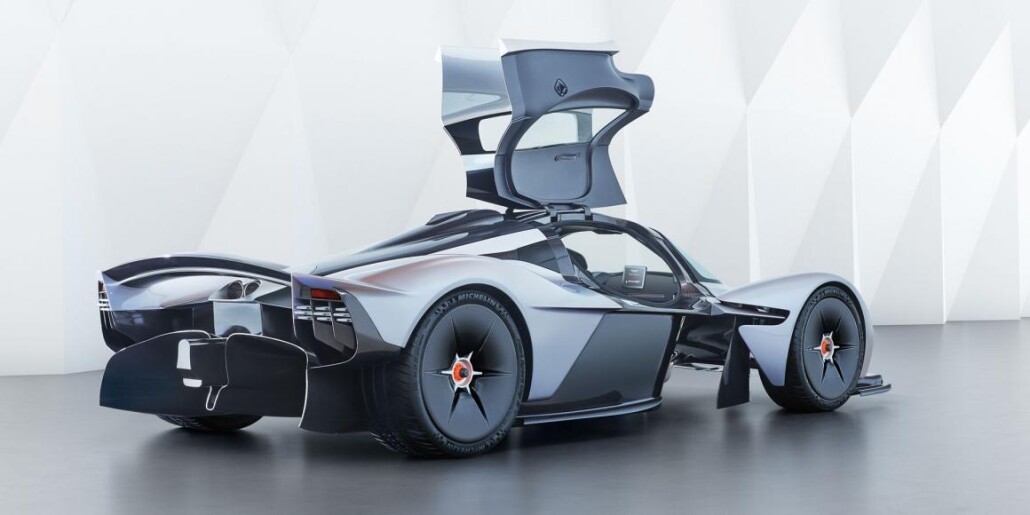 The Aston Martin Valkyrie hypercar was unveiled to the public earlier this year, with many hailing it as one of the most exciting cars to emerge in recent years.

Now, as it moves closer to production, Aston Martin have released a number of images that showcase for the first time the Valkyrie’s exterior and the interior.

The photos show a model that shares a number of visual similarities with current Formula One cars. Indeed, the nose and the rear of the Valkyrie feature wings, splitters and diffuser that have never been seen on a road-legal car.

The inside of the car has space for two passengers, but thanks to the tight cabin space they’ll be sitting with their feet up, just like in a modern F1 or LMP1 car.

The seats will be 3D-scanned to follow the contour of the owner’s body and bolted directly to the carbon fibre tub. It will come with four-point harnesses fitted as standard, but a six-point harness will be on offer as an option for those seeking to do more track driving.

Other notable features include a removable steering wheel as found on actual racing cars. The high-tech, rounded rectangular steering wheel will come with knobs, buttons, paddles, and an OLED screen.

The traditional door mirrors have also been swapped with two rear-facing cameras connected to a display at the base of each A-Pillar, helping shed unnecessary weight as well as improving the car’s aerodynamics.

All 150 units of the Aston Martin Valkyrie will be priced at $5 million.