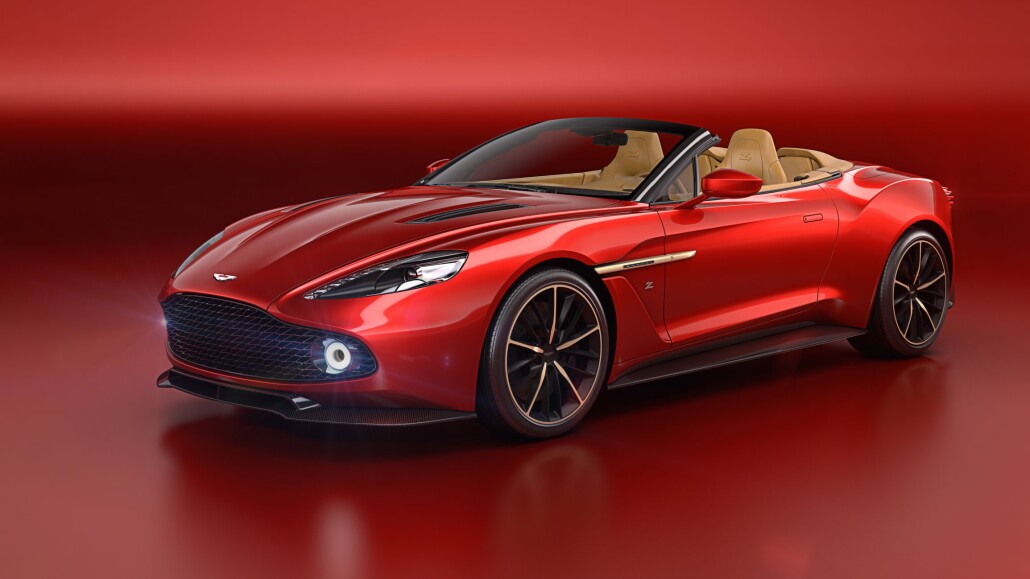 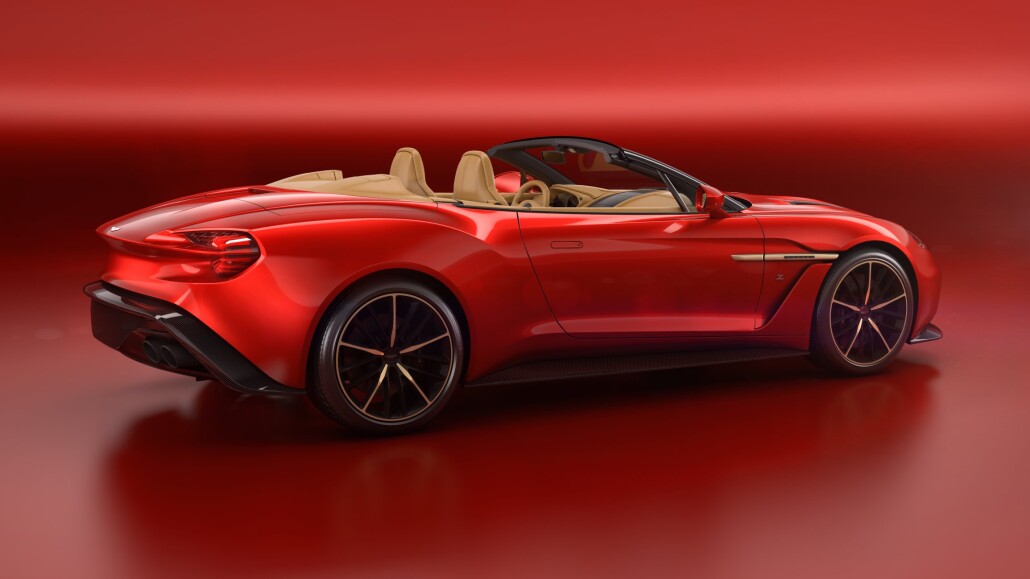 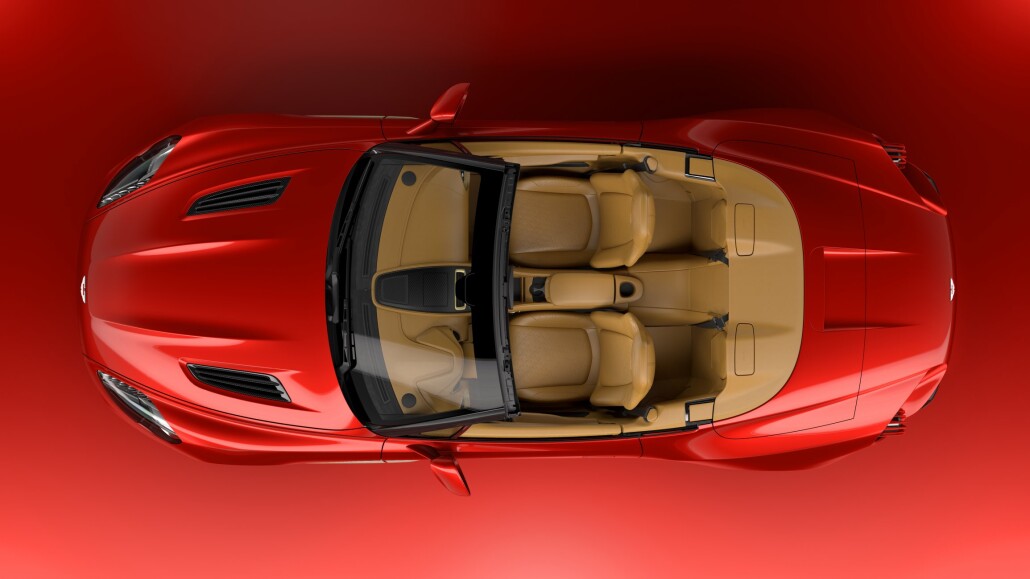 Timed to perfection in the looming light of the Pebble Beach Concours d’Elegance, Aston Martin has unveiled its new showstopper, to accompany the North American debut of the Vanquish Zagato Coupe.

Driven by intensely high customer interest, The Vanquish Zagato Volante is the motor that will partner with the coupe in its grand reveal.

From the exterior, the coupe and the Volante complement each other seamlessly. The gold embellishments match and the bonnet-vents are a mirror image for both cars, wrapped in a dazzling red hue that’s disreputably Aston Martin. On the interior, precision detailing allows personalisation and enhancement to a cabin finished with modern and luxurious materials, including herringbone carbon-fibre, anodized bronze detailing and the finest Bridge of Weir leather.

Technically speaking, both cars also share an enhanced version of the iconic V12 powertrain, with an increased output of 592bhp and a projected 0-60mph time of 3.7 seconds. It’s fast. But what makes the Zagato differ from its brother? It has an open top, and is designed for afternoons soaking up the sun with its hood down and yet to be pictured in an upright position. The soft-top is dramatic in distinguishing itself from the coupes’ closed-off cabin.

Nevertheless, in an ever-changing automobile environment, designers at Aston Marin have endeavoured to marry the brand’s affinity with classic British craftsmanship and develop a machine of innovate grandeur.

Chief Creative Officer, Marek Reichman confirms how the motor meets these qualities, “The Vanquish Zagato Volante illustrates the ways in which Aston Martin design can evolve in collaboration with such a trusted and long-standing partner. Vanquish Zagato Volante continues Aston Martin's new century of innovation and creativity, strengthening the association between these great automotive marques in the process."

There’s just one catch: the British production headquarters in Gaydon, England are only producing a limited production run of 99 cars to meet the overwhelming demand and with customer deliveries set to begin in 2017, those interested should register with speed.